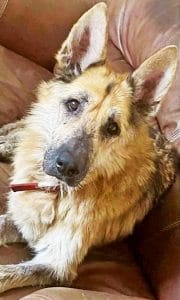 Beautiful boy Prince the German Shepherd is about 6 to 7 years old and is with South East Dog Rescue in Kent. He’s looking for a quiet retirement home as an only pet with no resident children. Fostering is an option with Prince. Although he really wants to find his forever home, just getting out of the stressful kennel life will be good for him. 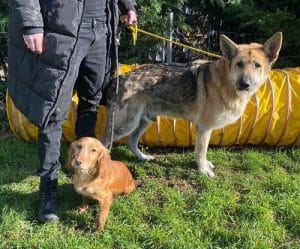 Prince loves his toys and his home comforts. He’s been waiting in kennels for far too long but had a lovely two week respite with a foster carer which let him relax for while. 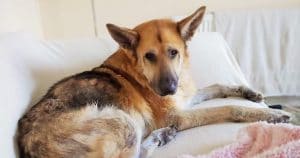 After the first couple of days, Prince had sussed out what was what and was clean in the house from then on. He was OK to be left for a couple of hours after the first time when he did bark initially but soon figured out that his foster Mum would always return. He’s a very clever boy and just needs time to get used to things. He was content to be left downstairs with the sofa to sleep on at night. 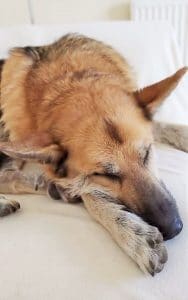 Prince had a traumatic time before being rescued. He’d been severely neglected and then abandoned. This has made him slow to trust people he doesn’t know so he needs an owner or two who will allow him to come to them in his own time. A few visits before adoption will be needed. 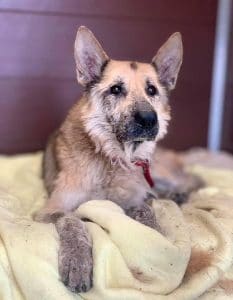 He doesn’t even want to be touched until he’s made up his mind that someone is trustworthy and then it has to be on his terms. His foster Mum was completely hands off and found that he started to ask for fuss after four days. Soon he was presenting which ever bit he wanted scratchies and pushing his face into her hands, moving away when he’d had enough. The slower his new people go with him, the faster he will trust them. However, he will gently take treats from anyone, anytime! 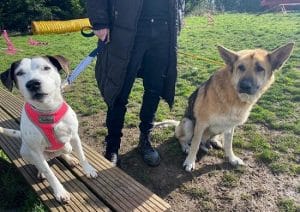 Prince is not a fan of unknown dogs but he’s also not demanding of a lot of exercise. A little excursion at a quiet time or place is fine, combined with plenty of garden time. He does bark in typical GSD fashion at dogs or people he wants to stay away and he has the usual home-protecting instincts. An experienced owner will be fine with this, just as his foster Mum was. The love and loyalty this boy has to offer is well worth a bit of patience and kindness. He’s a noble soul with a playful, cheeky side too! 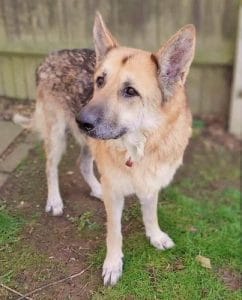 If you can offer the hands-off at first, peaceful and safe retirement that Prince seeks, please contact South East Dog Rescue as follows:

Please say you saw Prince on the Oldies Club website.