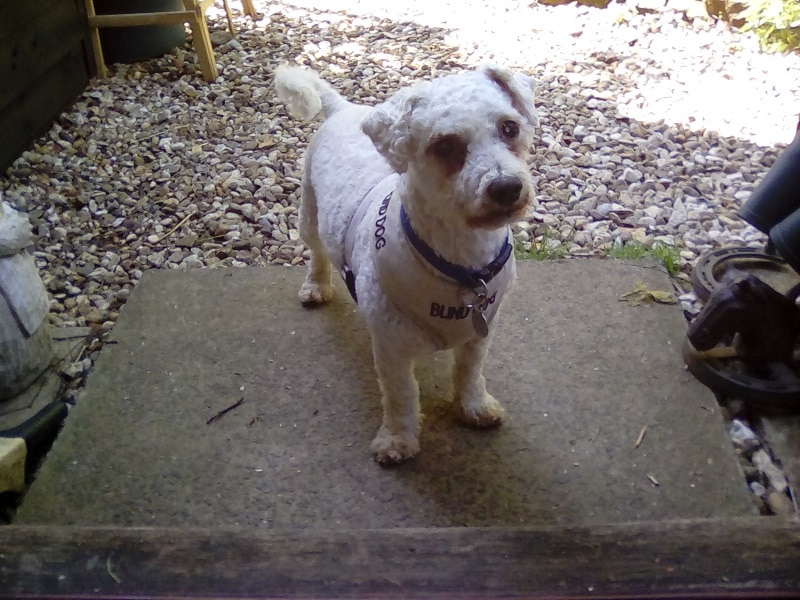 Brodie is a 10 year old Bichon Frise who came into Oldies Club care in January 2021. Brodie came into our care via another rescue after his owner had gone into hospital and was no longer able to care for him.

When Brodie first arrived he was rather stressed and howling a lot.  Poor Brodie is blind and the upheaval was very upsetting for him. At one point he cried himself to sleep. Over time this thankfully has improved and the armchair is his sanctuary where he feels safe and can sleep peacefully.

Apart from his blindness Brodie appeared to be a fit and healthy dog. His initial vet appointment resulted in nothing more than requiring a dental and castration. Brodie ended up having 6 teeth removed but soon bounced back. At a check-up for some lumps which  were thankfully just a couple of cysts and a skin tag the vet checked his mouth again. Unfortunately they found a broken back tooth which was not there at the time of his dental and an inflamed tonsil. They took a sample of this. Our hopes were that he had tonsilitis or a bacterial infection. He was put on a course of antibiotics but no change. Unfortunately Brodie was diagnosed with Squamous Cell Carcinoma which seems to have already spread to his lymph nodes. He currently isnt in any pain and any changes in the future will be managed to keep him as comfortable as possible. 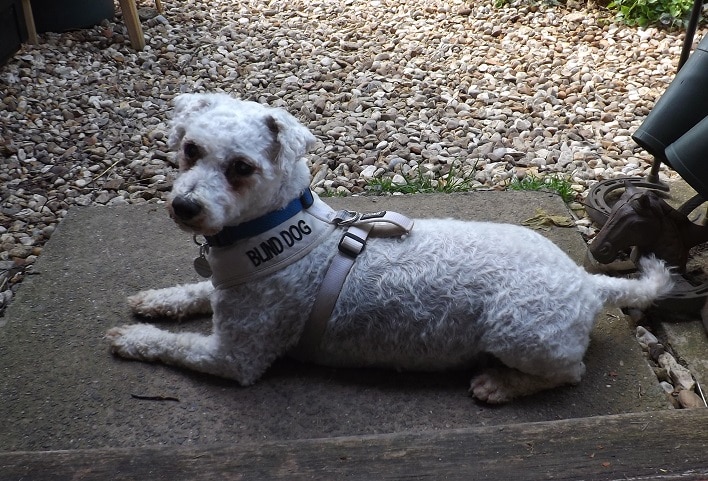 Due to his cancer diagnosis and unknown time left Oldies Club made the decision to place Brodie in our sponsor dog scheme, which means he will remain at his lovely foster home on a permanent basis, with the charity paying his vet bills for the rest of his life. 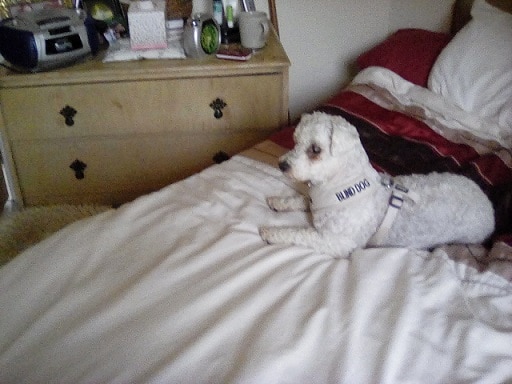 Brodie is very good in the house, well behaved and very clean, He learnt the layout of the downstairs in about 30 min which amazed his fosterer. He travels at speed running around! He does enjoy sitting on the furniture and his fosterer is happy with that and they now share the settee and he will cuddle up and sit on her lap. 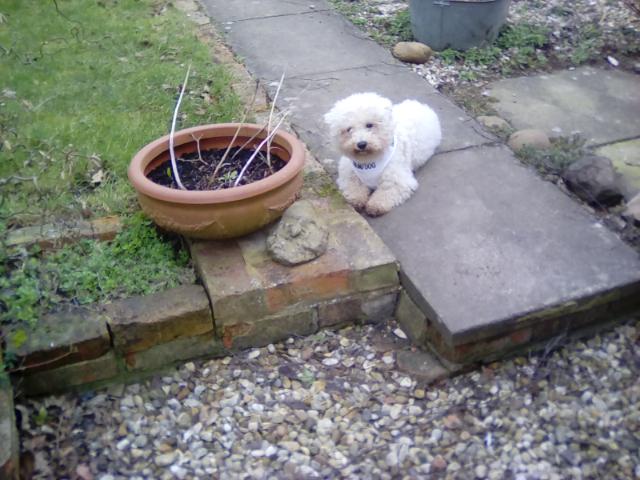 Brodie very quickly learnt the layout of the garden as well and he has made it his own. He runs at full speed very confidently especially when in hunting mode regularly terrorizing the local small furry inhabitants of the ivy bush. He loves the garden and will spend time just sitting in the sun happy to be by himself. He also has regular conversations with the ponies at the bottom gate. 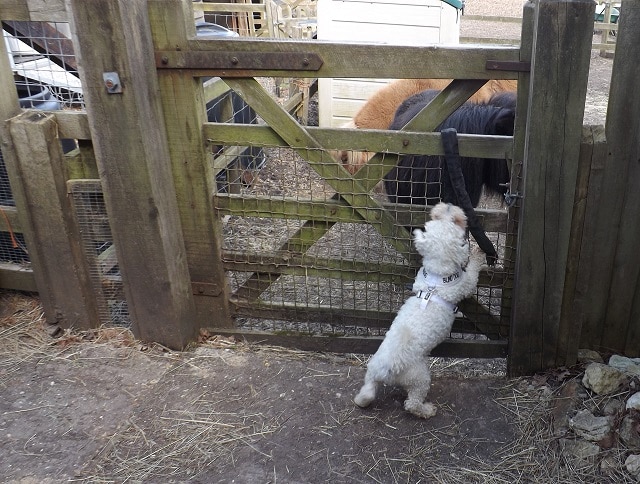 Brodie is enthusiastic about walkies, His fosterer has learnt to have a firm hold on his lead. He does react to other dogs and is very vocal.  If passed by a jogger Brodie is eager to follow and twirls like a top until calm returns. He loves meeting people and is particularly good with children- his fosterers grandchildren and the village children .It is difficult to remember that he is blind .Often he will stop like a statue while he processes what he can hear when he makes sense of it they can move on. If his fosterer want to return home and he doesn’t he sits down on strike until she changes her mind! 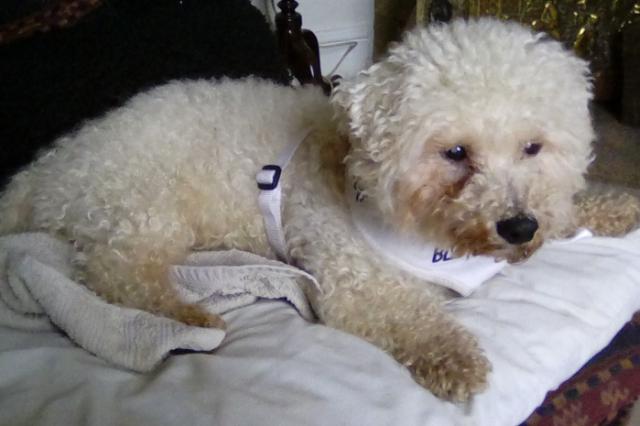 Brodie loves his food and does a little dance on his hind legs whirling his front paws in anticipation.

After his initial bout of separation anxiety his fosterer can now leave Brodie to shop etc. He soon settles (warm patch on the settee as evidence) but each time his fosterer get a hero’s welcome when she returns.

We would like to say thank you to Smart Dog Services who have kindly groomed Brodie on our behalf free of charge.

If you would love to offer a home to an oldie but your circumstances aren’t suitable, perhaps you would be kind enough to sponsor Brodie, or one of the other special oldies we are caring for in our sponsor dog scheme.