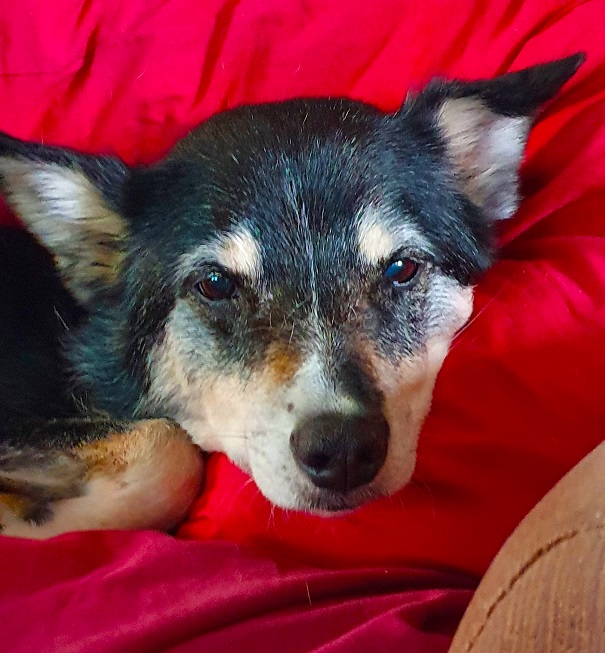 Judy is an 11 year old Collie who came into Oldies Club care in February 2021. Judy came into our care via Social Services, through a boarding kennels, as her owner could no longer look after her. Judy arrived at the kennels rather skinny, having lost a considerable amount of muscle mass and her hair was thinning. They started her onto the road towards recovery before reaching out to us for help. When strong enough on her feet Judy moved into her foster home. 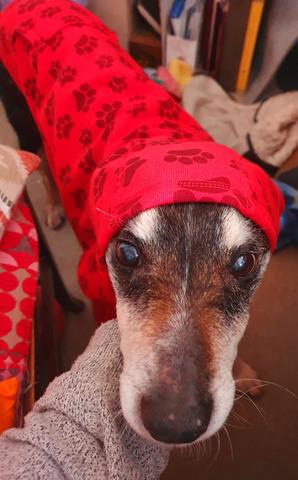 When Judy first arrived in her foster home she suffered with several bouts of vomiting and diarrhoea. Thankfully this settled down quickly. Judy continued on her special  low phosphorous home-made diet that she was being fed at the kennels until her first vet appointment.

Her vet visit confirmed what we already knew that Judy had problems with her kidneys. She was diagnosed with Stage 2 renal failure. It was agreed to start her on a special renal diet to help support her kidney function.  Blood tests were taken and the results came back normal for everything apart from the expected kidneys but also high levels for her liver.

Due to her unknown time left, Oldies Club made the decision to place Judy in our sponsor dog scheme, which means she will remain at her lovely foster home on a permanent basis, with the charity paying her vet bills for the rest of her life. 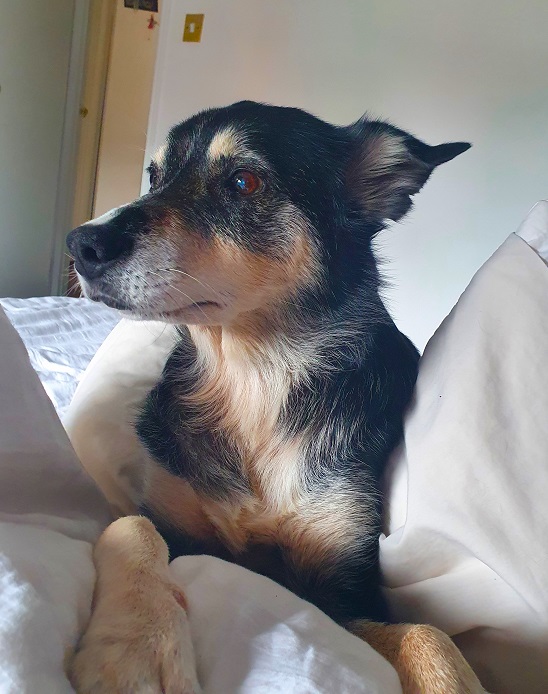 Judy appeared to be a picky eater when it came to her own food but it was quickly discovered that she loves human foods! She was terrible for begging, following her fosterers around and jumping up initially. Judy would even pinch food straight off a plate. She would go through bins and managed to sneak upstairs and polished off the cat’s food. As Judy is on a special diet her thieving would result in her having tummy issues.  Thankfully simple changes such as the bins are now up on shelves are helping to avoid these situations. Judy is a quick learner and keen to please so her fosterers are training her not to beg and to leave things alone.

Judy settled in tentatively at first in the home of her fosterers with their 10 year Border Collie Percy.  He was initially a little put out by Judy’s super friendly nature, ignoring her mainly.  As time passed, Percy accepted that she was staying put. Now he and Judy are very happy in each other’s company, often sleeping very close together on the sofa or in the garden when it’s sunny. 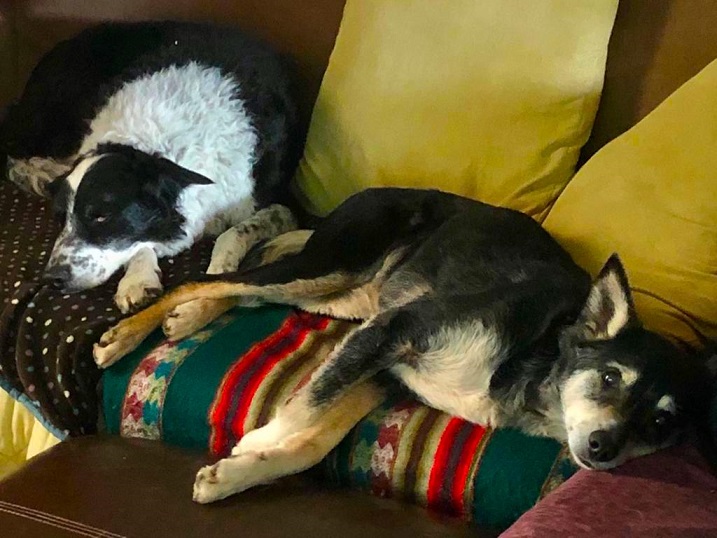 Daily walks have allowed for Judy’s back leg muscles to develop further.  Judy will bark and run around the garden when her fosterer is trying to put her coat and harness on. Judy and Percy now start their daily, sometimes twice a day, longer walks on extender leads until it is safe to release them both to run happily free together.  Both dogs take off into the open land, in and out of the brooks with Judy always following Percy.  Some walks, Judy will run on ahead of him when she is in familiar surroundings.  She will chase cats and squirrels.

Judy is a very curious girl. When out on a walk, she will wander off, tail wagging to say hello to every dog, child and adult  she sees and come running back with a smile on her face after having received a stroke or a flattering word or two.  Her fosterers are told time and again how sweet and cute she is as she is quite petite with large ears and smiling eyes. 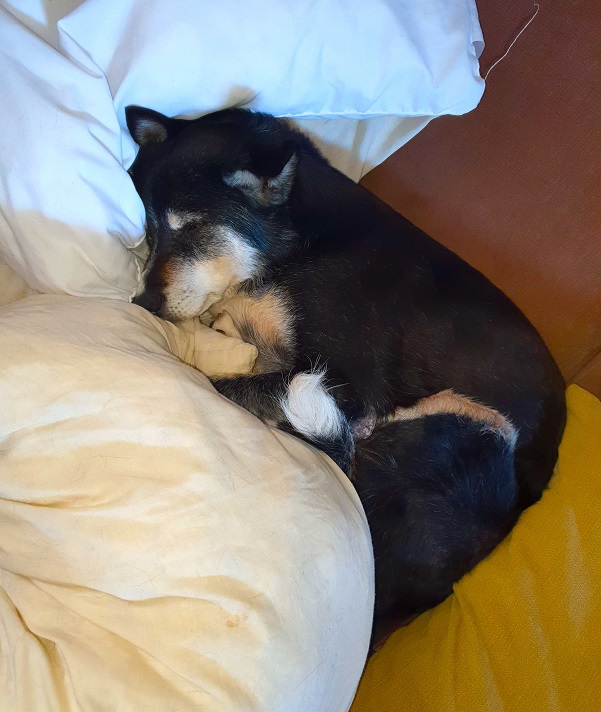 Judy is indeed a sweet natured, loving girl that has brought much joy to her fosterers and Percy loves her too.  They feel truly grateful and blessed to have her as part of their family.

If you would love to offer a home to an oldie but your circumstances aren’t suitable, perhaps you would be kind enough to sponsor Judy, or one of the other special oldies we are caring for in our sponsor dog scheme.