Oldies Club is celebrating older dogs! We are holding a fundraising photo competition for the fifth year running especially for dogs age 7 and over. The winning dog will represent the Oldies Club for the following year. The only rule for this competition is that dogs entering need to be veterans, they do not necessarily need to be rescue dogs to enter.

We have divided the UK up into 7 regions (North East, North West, South East, South West, Midlands, Scotland and Wales. The winner of each region will go forward to the Grand Final.

The competition will run for the month of March, closing at 9pm on Sunday 31st March 2013.

PLEASE don’t leave it till the last minute and risk missing out!!

Entry cost is £2 per entry (one photograph per entry). You may have as many entries as you wish. Payment can be made by Paypal or cheque.

Our address for Paypal is paypal@oldies.org.uk Please can you state when sending the money that it is for WOOF FACTOR, who you are and which photos the payment relates to.

If anyone wishes to pay by cheque please can it be made out to Oldies Club and sent to : 49A Kinross Close, Cinnamon Brow, Warrington, Cheshire, WA2 0UT (Please do NOT send photographs to this address). Please can you make sure you send a note with your payment so we know who you are and which photos the payment are relates to.

NB. You must own the copyright of the pictures you are posting as any photos entered may be used for future promotional material by Oldies Club. No studio shots such as those taken at Pets at Home events.

Oldies Club Committee members are unable to take part in this competition. This rule does not apply to helpers or other associates.

Photos should ideally be a headshot or show the dog clearly.

Photos will need to be sent to events@oldies.org.uk. Please state name and age of the dog and also which region you are in. Please do not send us hard copy photos through the post.

Only those photos which have their entry fee paid by the deadline will be sent to the judges.

Rosettes will be awarded to the 1st – 3rd place winners in each region. Regional winners will also win goody bags.

Regional winners will receive a bag of Feelwells treats.

Overall winner will receive a gift basket of dog treats from Gourmet Dog Treats & a £10 gift voucher to spend at Feelwells online shop as well as a commissioned Sketchy of their winning dog by Lizi Angel.

Reserve winner will receive a £5 gift voucher to spend at Feelwells online shop.

If you have any questions please contact a member of Oldies Club at events@oldies.org.uk

As a dog behaviour psychologist and trainer of seven years, Lizi has helped hundreds of dogs and their families lead happier and more harmonious lives together.  However, 2012 saw Lizi needing to devote more of her time and energy towards her own family, and so a change to a less emotionally demanding career was in order.
With a number of strings to her bow to choose from, Lizi dusted off her easel and returned to painting, quickly bagging her first gallery award in July – rather aptly for a painting of a dog!  Through her training as an animal communicator, Lizi is favoured for her ability to capture in her paintings the unique emotional character of an animal, as well as a detailed, physical likeness.
With animals being her favourite subject for painting, it feels only right to Lizi that she should use her art to benefit pets and wildlife with donations of artwork to pet rescue and wildlife conservation charities for auctions and prizes.
To see Lizi’s work, click through to her art website at http://www.liziangel.com . Although no longer taking dog behaviour and training clients, Lizi’s dog psychology website remains online too at Canine Mind .
Lizi currently shares her life with two rescued canine companions, 7-year-old Collie/JRT, Tilly, and 4-year-old Labrador, Beau. 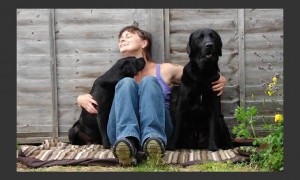 Hubble and Hattie was founded in late 2009, and is so named in memory of two very special Westie sisters who lived with Veloce’s proprietors, Rod and Jude. Whilst for over fifteen years Veloce concentrated on publishing automotive books (Rod is a real petrol-head!), Hubble and Hattie was launched as an imprint of the company in order to diversify, and because animals are Jude’s area of interest and expertise.

In the three years since, over thirty books have been published – covering everything from how animals grieve, to fun and games for cats – each having the objective of helping us to understand and respect the animals that so willingly share our lives, encouraging compassion and tolerance in our interaction with them.

From commissioning a new title, right through to preparing it for the printer, Jude takes care of every step of a book’s production, and even afterward then organises its marketing and promotion. Hubble and Hattie books are known for their ethical subject matter (Jude absolutely does not publish fluffy kitten books!), and counts amongst its authors the late, great Sir Patrick Moore. Future titles cover how CBT can be used to help you and your dog; how best to care for and exercise a dog recovering from surgery, or who is unable to exercise in the normal way; the beautiful sighthound strays of Spain, and the amazing medical detection dogs who save lives by sniffing out cancer or warn of an impending epilepsy attack. See our books at www.hubbleandhattie.com. 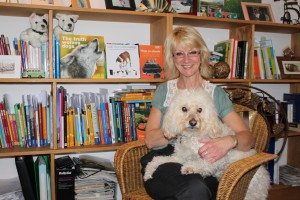 Dogs Today was launched in 1990 and Beverley Cuddy was appointed as launch editor. It was part of the large Daily Mail stable of publications but sadly only the proprietor (who was a great dog lover) and Beverley saw its true potential. In 1992 Beverley organised a successful MBO and became Publisher, Editor and majority shareholder of the new company Pet Subjects Ltd. Daily Mail proprietor Viscount Rothermere very generously sold Beverley the title for £1 and then invested in the new company becoming a shareholder. The title had been Viscount Rothermere’s idea and he shared Beverley’s vision for a magazine that campaigned hard for man’s best friend.
Dogs Today has always been at the forefront of reform. The magazine aims to be ethical and thought-provoking and to appeal to intelligent caring dog lovers worldwide who want to improve things for dogs. Their latest campaign, Don’t Cook Your Dog has united the canine world.

Beverley has had Bearded Collies since she was a child and her latest one is called Oscar. She also has a Dogs Trust rescue Springer called Tess.

Beverley had her own column in the Mail on Sunday for eight years and has regularly appeared on TV and radio programmes with a doggie theme. She is Chairman of Tailwaggers Club Trust, an ancient and small doggie charity that helps pet owners in distress and is a trustee of new assistance dog charity Hounds for Heroes.

Sarah Fisher and Anthony Head share their lives with many animals including three dogs named Léo, Cookie Dough Dynamo and the newly adopted Staffordshire Bull Terrier, Alvin.  Both Sarah and Tony actively support many animal charities and host TTouch clinics at their farm near Bath.  Sarah works in the UK and abroad, teaching staff workshops for many of the leading welfare organisations and writes books and articles on TTouch. She has also made numerous television appearances demonstrating TTouch techniques.  Anthony is a well known British based actor who has appeared in many television, film and theatre productions. He has appeared in a variety of popular television programmes including Little Britain, Merlin, Buffy the Vampire Slayer, and Dr Who and is currently starring in Dancing on the Edge (BBC2). 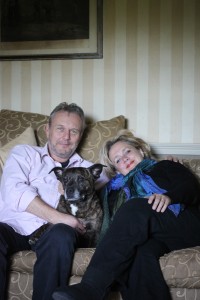 Christabel Linn
Christabel has a degree in photography and runs her own business covering weddings, family portraits and pet photography although the pet side of the business is her favourite.
She has always had a love of animals, especially dogs and is a fosterer for Many Tears Animal Rescue which is how she got Reef, her beloved boxer, with whom she proudly became a failed fosterer.
For more information about her photography please visit www.christabelphotography.co.uk 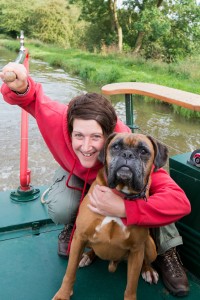