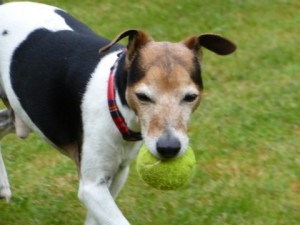 Lance came into Oldies Club care when his owner sadly passed away. Fortunately for Lance, now renamed Henry, his perfect owners were just waiting in the wings for him to come along and he went to his new home in April this year.

Lance-Henry had some issues particularly around food and although his family were prepared to work on these, the Oldies Club brought in some assistance in the form of a wonderful behavourist, Sarah, who was able to guide them with some excellent tips and training. 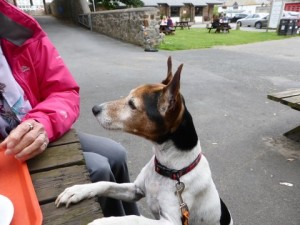 Lance-Henry on his holiday earlier this year.

We have recently heard from Lance-Henry’s new owners who have also sent us some super new photos:

We lost our spaniel “Jasper” to cancer eighteen months ago. As we are
in our mid seventies we did not think it wise to take on another dog
particularly a young dog. However after a year we realized that we
missed “Jasper” so much that we had to try another. We spoke to “Oldies” about a
number of dogs none seemed quite right for us until we were directed
to “Lance”. He was in Wales but we found he was only just in Wales
and no more than 2 hrs away. We therefore decide to try to give him a
home.

Lance had an issue with food and the way in which it was presented
to him.  We have however worked out a regime by which he is
only fed in his own bowl away from us and when we have finished
eating. We never give him our plates – he fixates if we do. No further
problems, but we have to be careful carrying a china plate – it
definitely rings bells with him!!

His other issue is “possessiveness” – initially we tried to take the
item away from him – this just made things worse so the solution was
simple – ignore it and he soon forgets.

Those are the negative points which become insignificant compared to
the plus points – he is well behaved, stays close to us when walking
even when he off his lead. He come to a call. He loves playing ball –
see photos – but stops when required. He sleeps outside my room all
night but comes in with me in the morning for and hour or so. He comes
out with us in his crate which he loves but complains when he is left
behind if the weather is too hot or he is not invited.

We love him dearly now that the early difficulties are being overcome
– he is lovable, funny and very loyal so much so that he worries when
my wife and I are not together – always on the alert for one or other
of us to return, he is most relaxed in the evening when we are
watching TV – he sleeps on the settee but if one of us should
move………………………… 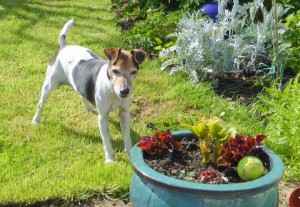 The Oldies Club are so grateful that Lance-Henry’s new owners were prepared to persevere with this little chap and are delighted that he has his second chance in life.