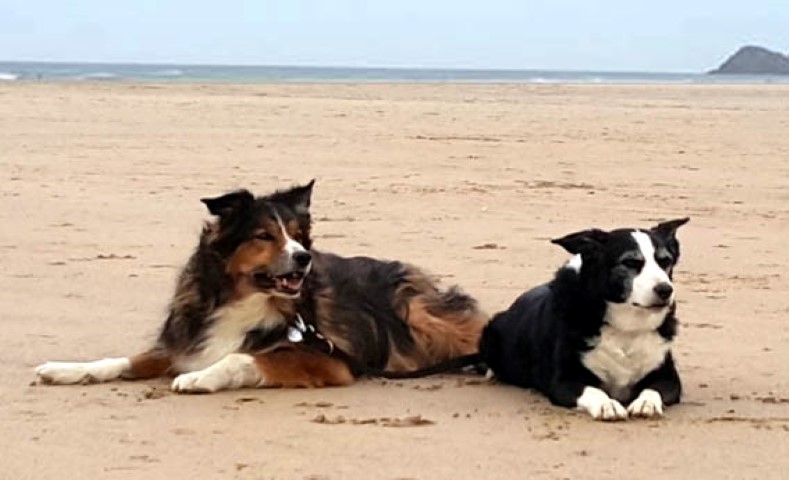 Oldies Club Border Collies Ben and Brecon were both adopted by the same family – Ben was the first, adopted a year ago to be followed a few months later by Brecon.   They have become firm friends and are having a wonderful life in their new home.   We’ve just had this lovely update from their humans, together with a couple of fabulous photos.

On 12th September we celebrated the first anniversary of Ben’s adoption and Brecon has now been a part of our home for 5 months. We’re pleased to say that, although the boys have such different personalities, the bond between them has deepened and they have definitely become a team.

They have travelled a good distance with us in our motorhome this year and visited campsites in Exmouth, on Bodmin Moor, at Kennack Sands on Cornwall’s Lizard Penninsula, at Perranporth near Newquay and Llyn Gwynant in North Wales. Brecon loves to chase a ball and I’m sure his favourite location was the beach at Perranporth where he was able to race around. Ben’s preferred location was Llyn Gwynant in North Wales where we were camped about 15 metres from the lake and Ben was able to indulge his love of swimming.

We’re attaching a couple of holiday photographs and hope that Ben and Brecon’s original owners have the opportunity to see them and to know that these two oldies are well loved.” 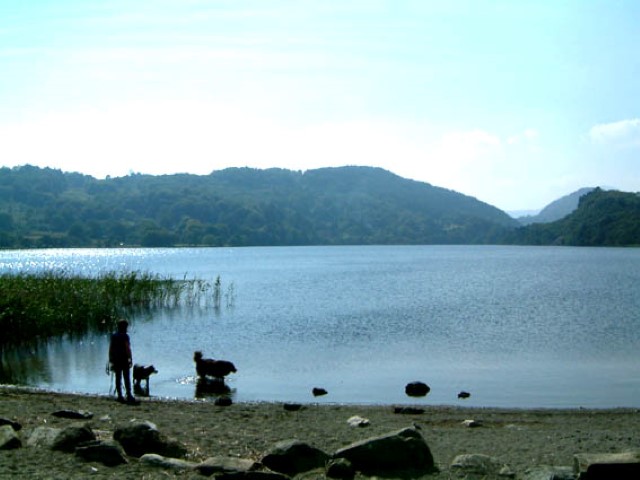