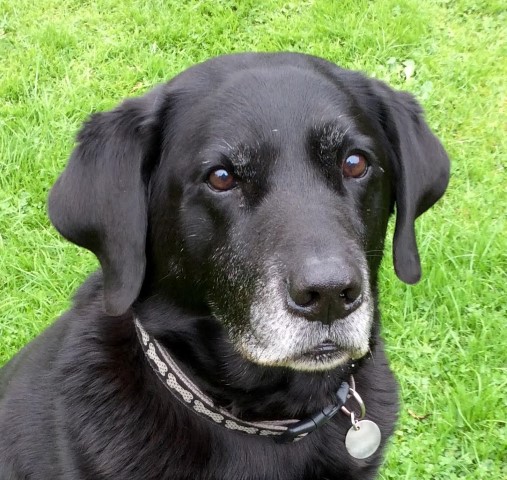 When Harvey arrived in his Oldies Club foster home, he was a large boy – maybe a bit too large.  His passion for cake had made him a rather chubby chap so he had to go on a strict diet.   Last spring, he met the lovely people who were to become his new owners and he moved off to his perfect forever home, settling in happily.   Since then he’s been travelling all over the place, having a wonderful time and meeting loads of new people and dogs.   His new owners continued to help him stick to his diet and he’s been so successful, he just had to write and tell us.  Here’s what he has to say:

“My name is Harvey and I went to live with Sally and John in March 2015. Since then I have been travelling around the country and I also spent the summer in France with all my new ex-pat doggy friends. I have been on a strict health and fitness regime and have managed to lose 6kilos in weight and as you can see from my photo, the new slimmer me is incredibly handsome, even though I say so myself. Sally and John say that I am the perfect dog – obviously!!! They also have a five year old granddaughter who refers to me as ‘that dog’ – doesn’t she know I have a name! Anyway, I have now found my forever and it is just perfect, love Harvey xx”