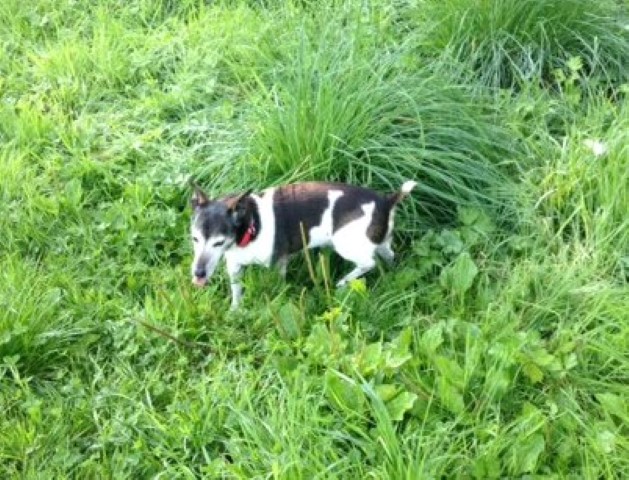 We’ve had a lovely update from Jasper’s new mum. He’s now called Joe and it sounds as though he’s loving his new life.

“Just wanted to let you know that Joe is doing very well.

He’s obviously very clingy and has separation anxiety where I’m concerned. He’s been absolutely everywhere with me since he arrived with us and loves driving in the car (he has a bed on the front seat – see pic). So if for any reason I have to go out to the front gate to deal with anything, like a delivery or something like that and I shut the front door to stop him running out of the gate (to the road) – he’ll start this funny little bark about 60 seconds after the door is closed! So I’d say we’re pretty much joined at the hip right nowJ 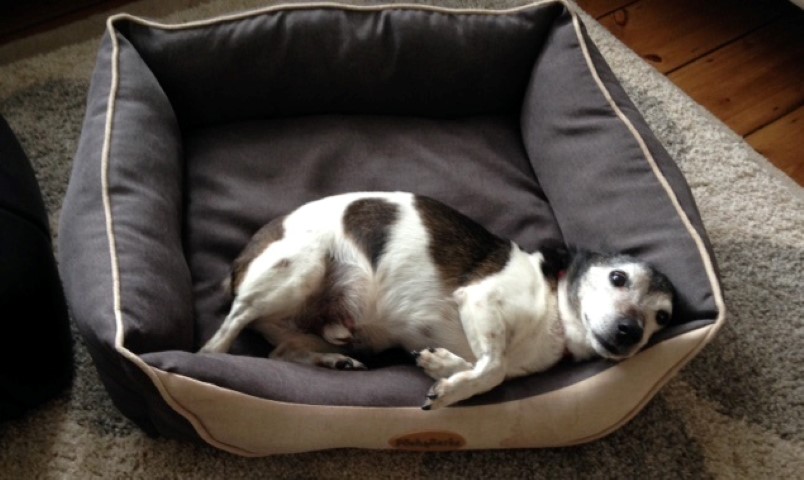 He loves his walks and we try to get out about 3 times a day. He walks off his lead now (pic of this morning attached) and will let me put his lead back on whenever we get near a road. He’s gained weight and seems to be a much stronger dog all round. He runs up the stairs two at a time and is currently very keen on pork sausages! 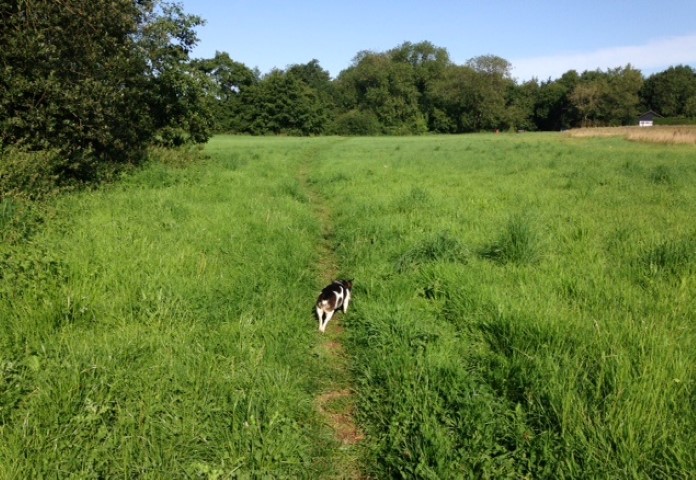 Also, thankfully, I can’t remember the last time he had an accident on the bed! I bought a small plastic-backed picnic blanket to put on the bed at night in case of the odd accident – I still put it on the bed each night just in case, but he hasn’t needed it. I think maybe his temporary incontinence was linked to the awful upheaval he’s had recently. He has insecure moments and a little shake every now and then, but a cuddle and a fuss soon put an end to that.

He seems fond of my Mum – who spends a lot of times with us. This is good news and bodes well for when Neil and I go to Mallorca in October for a week (friend’s wedding) – Mum will stay at our house and look after Joe and the cats.

So all good this end – hope you like the pictures!” 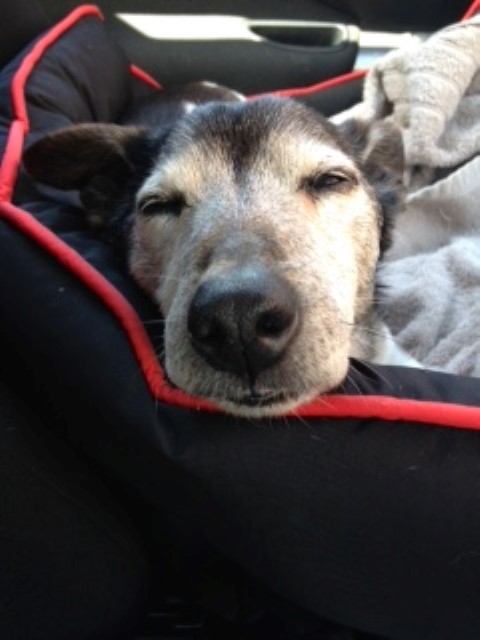 And it’s night night from a very contented Joe.