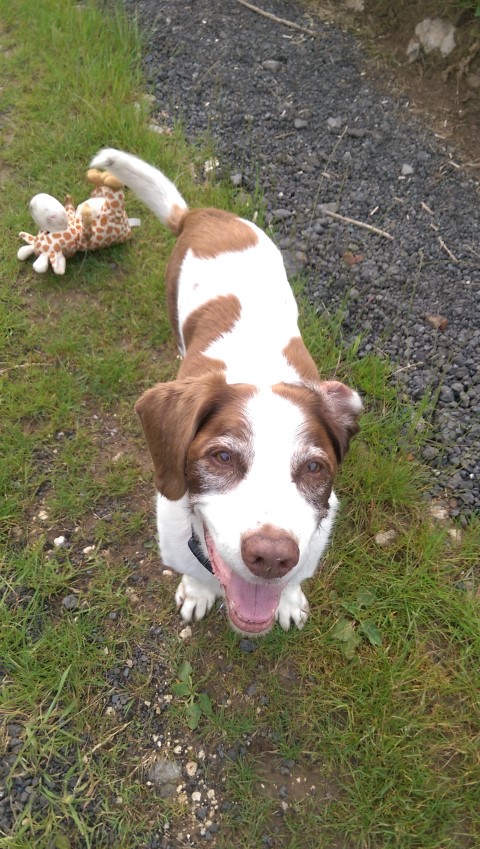 A few months ago Vinnie was a very sad lad.  His owner had died and there was no one to look after him.  Now, he’s happy and contented, with all the love and human company a dog could wish for.

This is what his new owner has to say about how he’s settled into their home and their hearts:

“We spotted Vinnie on the Oldies Club website and instantly fell in love with him.  He came to live with us at the end of May this year and life hasn’t ever been better for us all.

He is a Springer Spaniel cross, so even though he is an old boy he has bags of energy. He loves his walks, especially if it involves chasing something. We try and limit this to his ball or stick, but living in the country, this also involves chasing rabbits, pheasants, weasels and the odd cat or two.

Our bed is no longer our own and if we are lucky Vinnie will allow us to creep in and have an inch or two either side of him. If we try and move him, he will get up, move half and inch and flop back down with a disgruntled “humph!!” 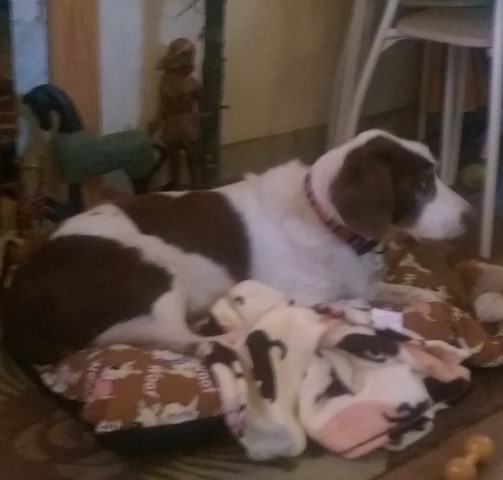 He is slowly getting used to our two cats, and we have had all three of them in the same room on a few occasions. He tries his best not to chase them, but a furry critter running off is sometimes just too much for him to resist. 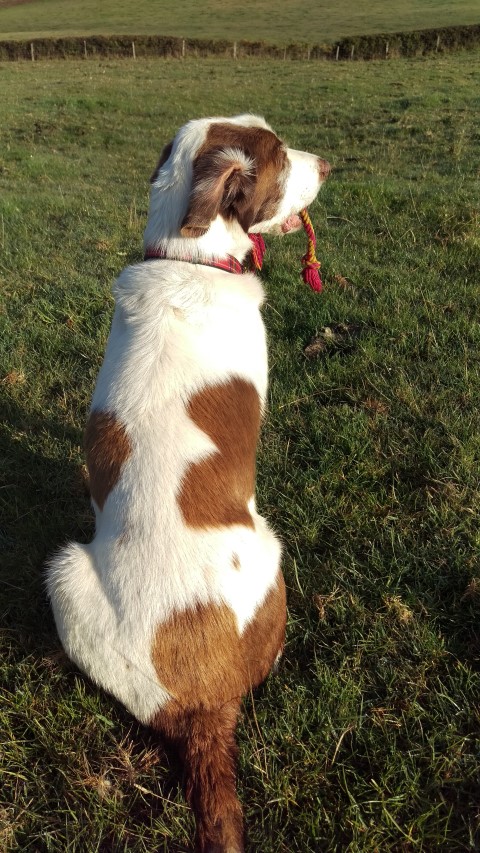 He has settled in so well and has brought us so much happiness. We joke that he will take someone’s eye out one day with his tail as he wags it so furiously.   We love him to bits and we are so thankful to have such a lovely, beautiful, well mannered, yet boisterous boy as part of our family.” 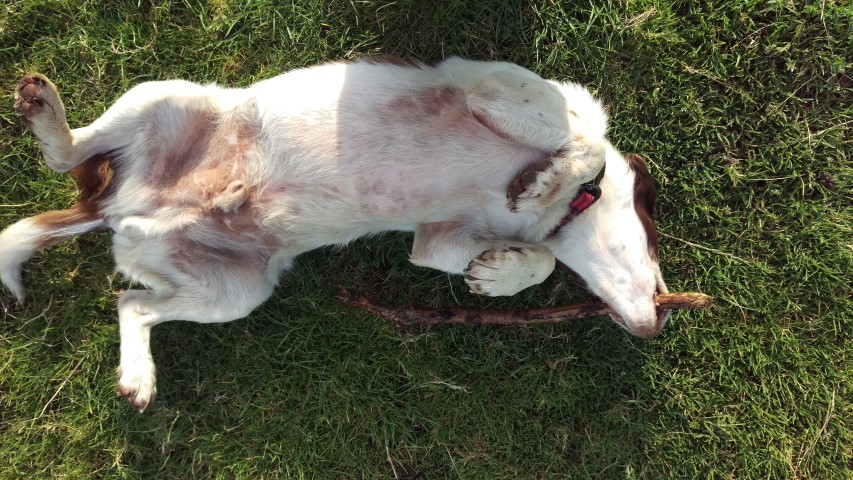 It sounds as though Vinnie has found himself the perfect retirement home.