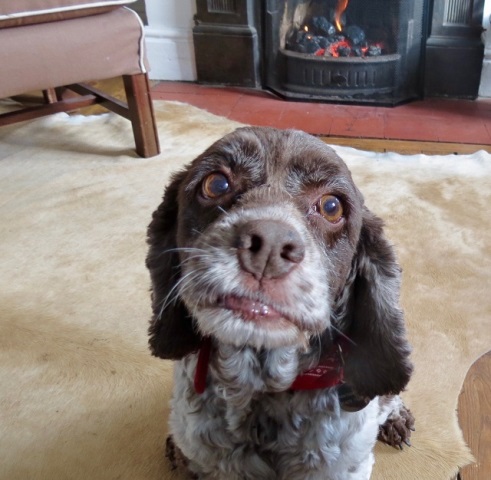 As soon as cocker spaniel Jem appeared on the Oldies Club website, we were inundated with applications to adopt him. He’s gentle, loving and cute – what more could you want.   After a short time in foster, he went off to his wonderful new home and has settled in really well.  This is what his new owner has to say about this gorgeous (greedy) boy.

“Jem is a very special boy indeed, he loves nothing more than waking in the morning and as he’s spoilt and sleeps on the bed he wakes me by squeaking and almost dancing around the bedroom telling me it’s time for a wee and then of course breakfast.

He has the best personality anyone could wish for, just a gentle soul who loves the attention he gets from the strangers he meets on a daily basis.

He has a best friend Barney….Jem would say it’s his brother, they see each other each day and sometimes Jem gets to go to “work” with Barneys dad Steve…the two of them love nothing more than being in the van together for the day….often they stop for a “truckers breakfast” so you can imagine that Jem being the foodie he is loves it ! 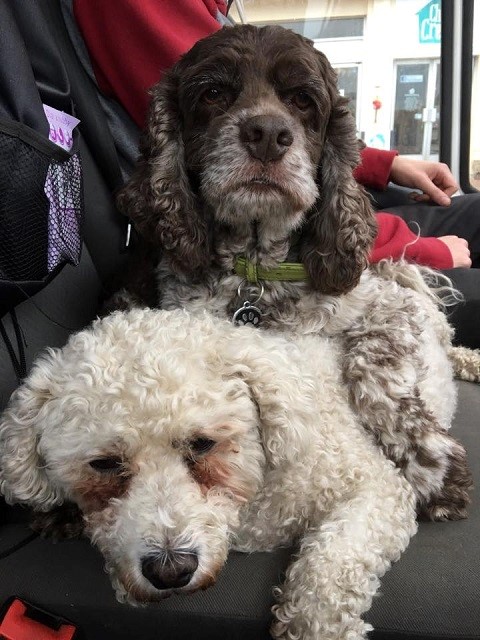 He walks without pulling on the lead and only once has he managed to get into the food cupboard to munch his way through a huge amount of his Acana senior dog food……the cupboard now has a new dog proof lock on it.

Jem is also a local at the pub found on a Friday or Saturday night listening to the band….he loves rock and roll especially and has his favourite seat….I’m not sure if it’s the best view of the band or that it’s the seat nearest the table where the food comes out….only he’d know that, Jem can also be found nicking the odd chip of some strangers plate although as he’s a local and is known no one seems to care.

Anyhow, once again thank you for adding Jem to not only my life but to many others too.”

We wish Jem and his people a long and very happy life together.