Oldies Club is celebrating older dogs! We are holding a fundraising photo competition for the ninth year running especially for dogs age 7 and over. The winning dog will represent the Oldies Club for the following year. The only rule for this competition is that dogs entering need to be veterans, they do not necessarily need to be rescue dogs to enter.

We have divided the UK up into 7 regions (North East, North West, South East, South West, Midlands, Scotland and Wales. The winner of each region will go forward to the Grand Final.

The competition will run for the month of March, closing at 9pm on Friday 31st March 2017.

PLEASE don’t leave it till the last minute and risk missing out!!

Entry cost is £2 per entry (one photograph per entry). You may have as many entries as you wish. Payment can be made by Paypal or cheque.

Our address for Paypal is paypal@oldies.org.uk Please can you state when sending the money that it is for WOOF FACTOR, who you are and which photos the payment relates to.

If anyone wishes to pay by cheque please can it be made out to Oldies Club and sent to : 49A Kinross Close, Cinnamon Brow, Warrington, Cheshire, WA2 0UT (Please do NOT send photographs to this address). Please can you make sure you send a note with your payment so we know who you are and which photos the payment relates to.

NB. You must own the copyright of the pictures you are posting as any photos entered may be used for future promotional material by Oldies Club. No studio shots such as those taken at Pets at Home events.

Oldies Club Committee members are unable to take part in this competition. This rule does not apply to helpers or other associates.

Photos should ideally be a headshot or show the dog clearly.

Photos will need to be sent to events@oldies.org.uk. Please state name and age of the dog and also which region you are in. Please do not send us hard copy photos through the post.

Only those photos which have their entry fee paid by the deadline will be sent to the judges.

Rosettes will be awarded to the 1st – 3rd place winners in each region.

Rosettes have been kindly donated again by Marlin Rosettes.

If you have any questions please contact a member of Oldies Club at events@oldies.org.uk

Oldies Club Patron Marc Abraham known as ‘Marc the Vet’ is the current Vet of the Year, the nation’s favourite TV vet giving our nation pet advice, promoting animal welfare, responsible pet ownership, and rescue pet adoption. Marc is a practicing vet at Meridian Vets, Peacehaven, and also founded the PupAid campaign & celeb-judged fun dog show to end the cruel industry of puppy farming. Marc has his own iPhone app for dog-owners Canine Care, and has written two books Vet on Call, and for animal-loving children Pets in Need. Marc is also producer of movie documentary about puppy farming Dog By Dog. For more information about Marc the Vet visit his website www.marcthevet.com, follow him on Twitter www.twitter.com/marcthevet or like his page on Facebook www.facebook.com/MarcTheVet. 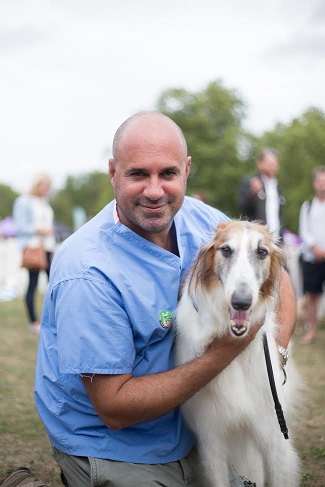 Dominique Badman
Dominique owns a small online business called Jacob’s Den, making and selling Sofa Sacks and Wet Dog Mats, along with a few other bits and bobs! Dominique shares her home with two rescue cocker spaniels, 6 year old Jacob and 10 year old Fliss. Both spaniels run the household and in between sewing, Dominique is usually found feeding them! Fliss spends most of the day trying to steal whatever is being made, whilst Jacob is yelling loudly at the delivery drivers. 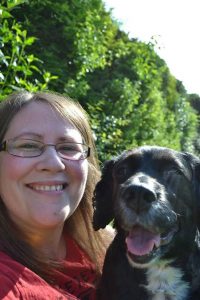 Mike Dicks & Scrabble
Mike Dicks (1967-) was born in Bishops Stortford, England, he grew up in Hertfordshire and Cambridgeshire and then moved around a lot having what is best described as a ‘portfolio career,’ and a life of creating anecdotes about himself. Mike lives by the sea in Brighton, England with his dog, and co-author, Scrabble. His first book, “Mike&Scrabble” will be released in early 2017. 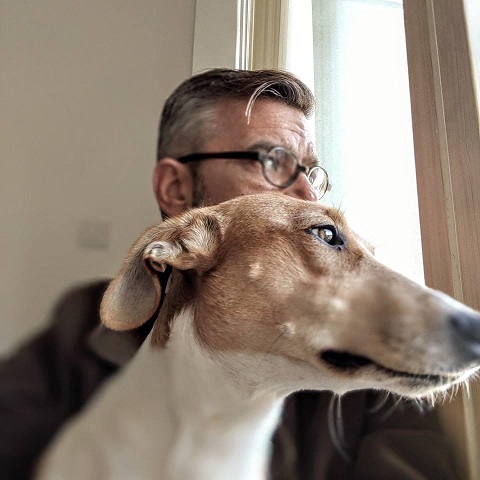 Naga has been a journalist for more than 20 years. Her first job was reporting for the City Pages of the London Evening Standard. She also worked on the Business Section of The Observer.

Naga’s television career began as a reporter for Reuters Financial Television, after which she worked as a senior producer for CNBC Europe, a business producer and reporter for Channel 4 News and a presenter on Bloomberg Television.

She joined the BBC in 2008 to present the personal finance programme Working Lunch. From 2010 presented early morning bulletins on the BBC News Channel and BBC World News. Since 2014 Naga has been one of the main presenters on the flagship show BBC Breakfast. She also works on Sunday Morning Live and BBC Newsnight.

She won Celebrity Mastermind, which was broadcast in January 2013, ran the London Marathon in April 2013. Always up for a challenge, Naga has cycled 100km for Ride the Night in 2015. Last year she was a judge for the Bailey’s Women Fiction Prize.

She was a contestant on Strictly Come Dancing in 2016.

Naga is passionate about animals – she has two cats, and over recent years has supported and volunteered for many animal charities.

She is a keen golfer, with a handicap of 9, tries to play on every day off she gets!