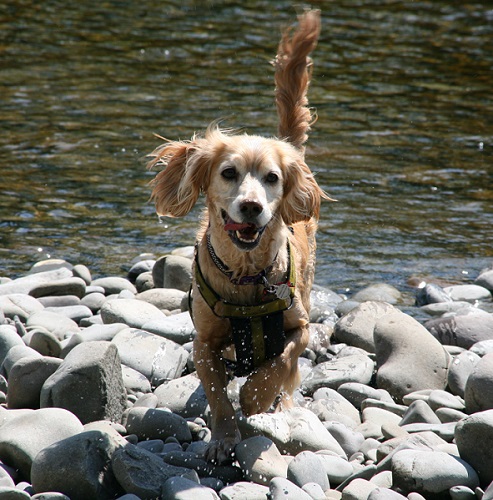 Bailey is a gorgeous 12 year old Cocker Spaniel, who originally came into Oldies Club care early in 2017 when he was being left for longer hours and Bailey wasnt happy. He was quickly adopted by his fosterer but unfortunately his separation anxiety became too much and he came back into our care.

As well as his bad separation anxiety Bailey also started showing signs of  guarding issues such as hiding beneath the dining room table and growling when attempts were made to move him. Due to the combination of issues Bailey was moved to one of our more experienced foster homes who are not phased by these things. Bailey moved into foster with other sponsor dogs Tom & Lucky and friends. Sadly Tom has since passed away. 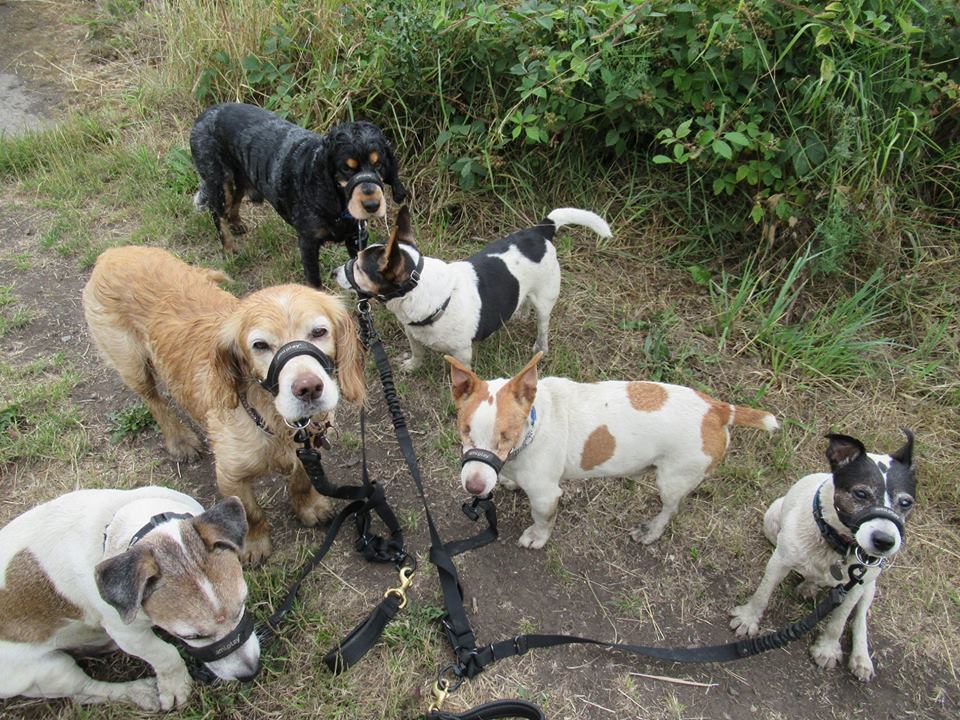 Bailey has a tendancy to form a very strong bond with one particular member of the household. He did this in his previous home and now he has bonded to his female fosterer and even when someone else is in the house he can still become stressed  and howl when she leaves.

Bailey is showing some signs of improvement as he settles in. To begin with he would follow his fosterers constantly around the house but now if told to stay in a particular room he will. 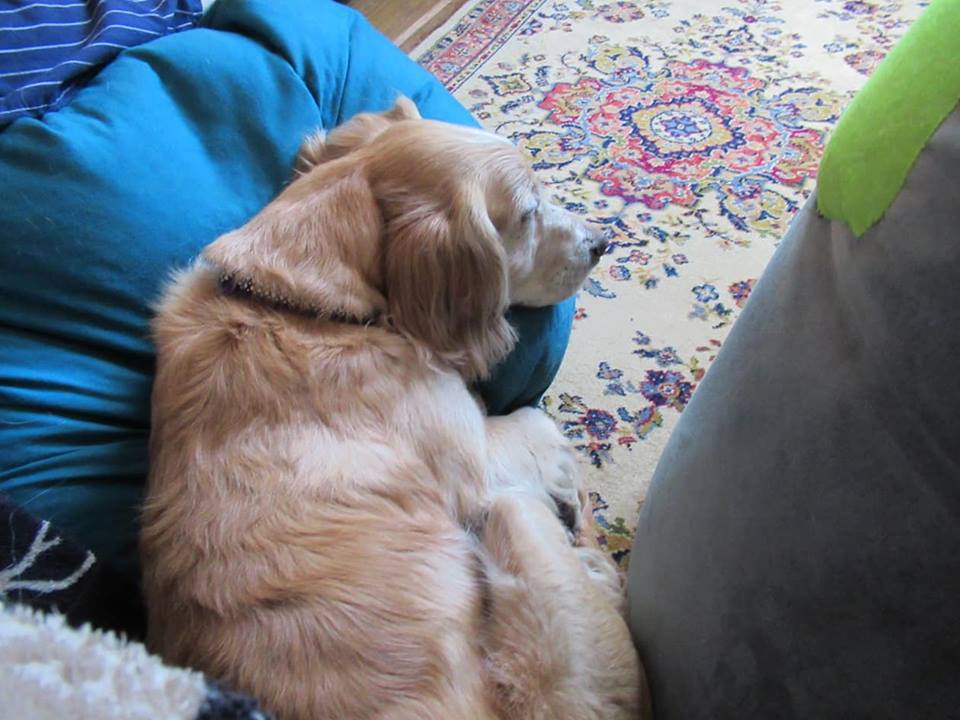 Bailey throws himself into everything with such enthusiasm and loves his long walks. At first he was kept on a long line but now he has lots of offlead time too which helps burn off his exhuberant energy. Although he used to live with a cat Bailey does have a high prey drive and can shoot off amongst the bushes so care has been taken to build up his recall.

Bailey also adores swimming and playing ball especially with his Spaniel pal Ralph. When he has had enough he likes to bury his ball. 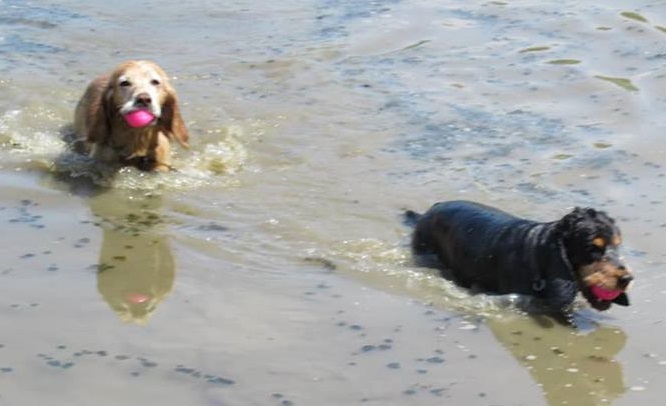 As long as Bailey has his two favourites things – walkies and company he’s a very happy boy.

If you would love to offer a home to an oldie but your circumstances aren’t suitable, perhaps you would be kind enough to sponsor Bailey, or one of the other special oldies we are caring for in our sponsor dog scheme.