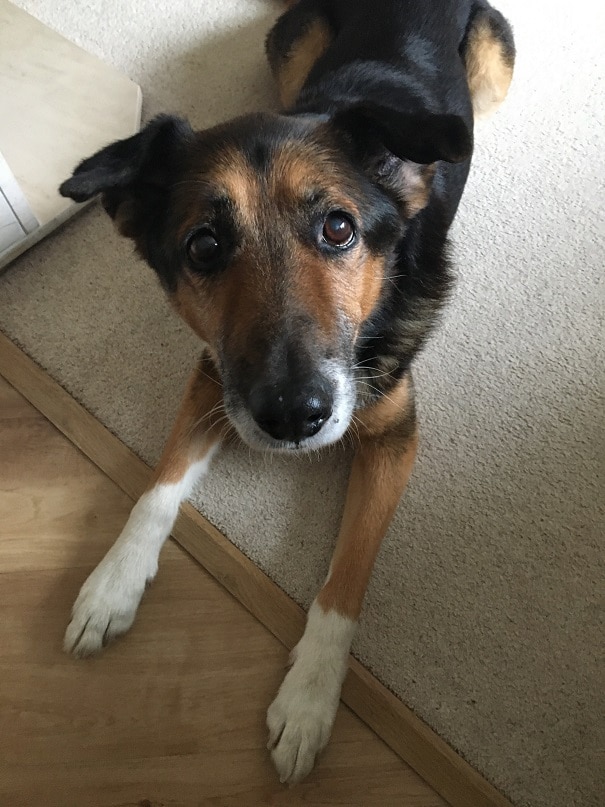 Obi is a 13 year old Crossbreed (GSD, Labrador and Dobermann are within his heritage) who arrived in Oldies Club in November 2019 after his owner was forced to move and sadly couldnt take him with them.

When Obi first arrived his fosterer could tell he was a very gentle and sweet tempered dog. Unfortunately his ears were clearly causing him some distress and he was constantly scratching at them. Our sensitive lad was frightened of having to go to the vets and had to be carried in bless him. The vets diagnosed a chronic ear infection and treatment was started straight away. Despite this his ears continue to be an area of issue with flare ups.

The poor lamb also ended up with an abscess which resulted in him having to undergo a dental and his teeth needed a good clean and some extractions. Throughout his vet treat despite being afraid he remains a gentle soul.

Obi suffered with a bout of suspected Pancreatitis and the vet advised that he be kept of a low fat diet which he is doing well on.  He has continued with on and off tummy issues and he has also been showing signs of potential colitis episodes.

More recently Obi has been diagnosed with a mass cell tumour and as a operation is not feasible discussions with the vet will be made to make sure Obi can be treated but also kept comfortable.

Obi is fine with little dogs (he loves the in-laws two miniature Dachshunds) but does show onlead reactivity to larger dogs especially if they have to pass close by. His fosterers have been working hard with him to overcome this fear with positive training methods. 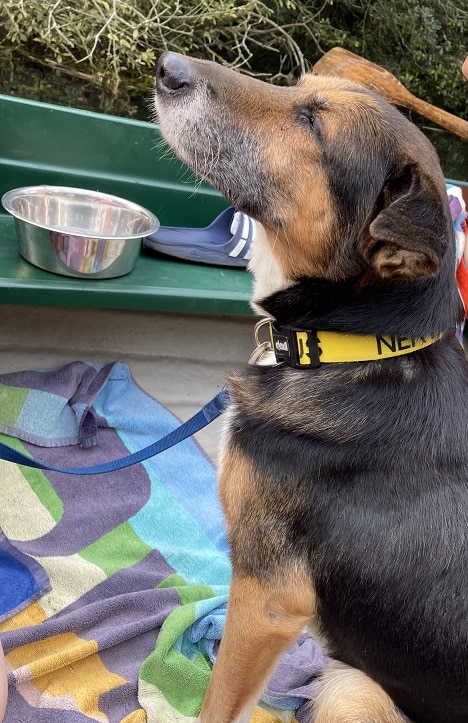 After being in Oldies Club care for a year and needing constant veterinary treatment for his ears, teeth and tummy issues as well as needing continual work on his reactivity with larger dogs Oldies Club made the decision to place Obi in our sponsor dog scheme, which means he will remain at his lovely foster home on a permanent basis, with the charity paying his vet bills for the rest of his life.

Obi nowadays has lots of energy. He enjoys long walks on an extendable lead, as his deafness and nervousness of other dogs makes recall difficult. He loves to run and  will happily hurdle obstacles. Obi  forgets he is 13 years old!  If his fosterers take too long to get ready for a walk he will yawn very loudly!  He rarely barks. 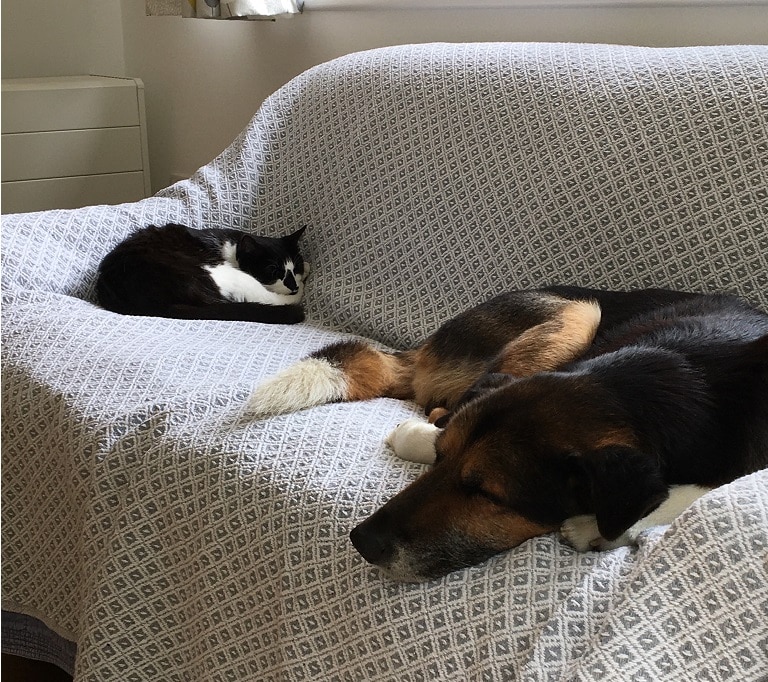 Although not the biggest fan of all dogs Obi is great with the resident cats. However they are very much in charge and they also know how to play with a ball better than Obi. His fosterers are trying to get him to chase a ball!
Obi loves being around people and he is very attached to his female fosterer. He doesn’t mind others leaving the room or going out but wants to follow her everywhere.  Once he knows she is not going anywhere he will happily settle or take himself off to another room for a snooze.  Obi doesn’t know what to do with a dog bed, he prefers a real bed, sofa or floor and has commandeered the best tv seat in the house for snoozing! Obi is very treat oriented and loves to play hunt the biscuits, adores his snuffle mat and lickimat.  He is very bouncy at dinner time and jumps up on his back legs to try and see in the bowl before sitting an offering a paw. 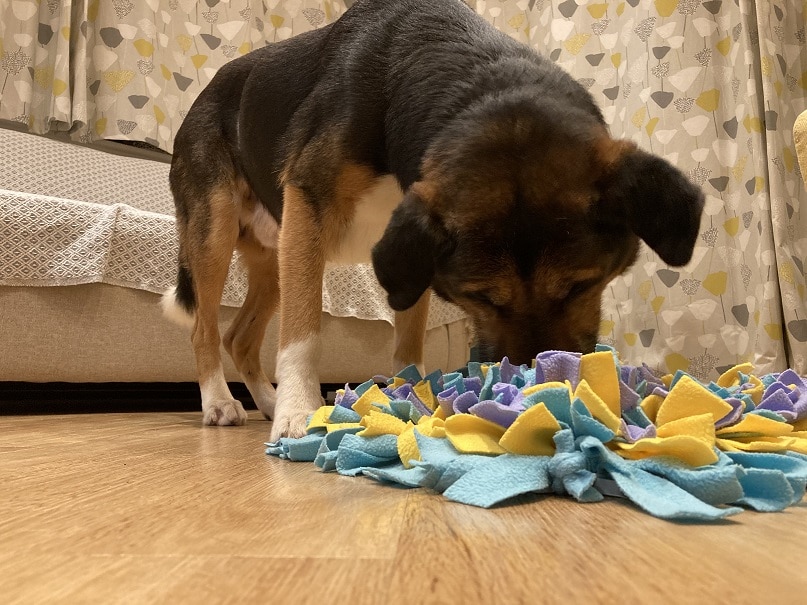 Obi is rather clever and does know how to open doors and gates! He will let himself in the back door from the garden and also try and break out of the lounge if left alone.
He is a very affectionate boy and likes to cuddle up for a chest rub and is lovely to have around!

If you would love to offer a home to an oldie but your circumstances aren’t suitable, perhaps you would be kind enough to sponsor Obi, or one of the other special oldies we are caring for in our sponsor dog scheme.