“Patch came into Oldies Club care after his owner died and the family weren’t able to give him the time and care he needed (he’s not a fan of spending time without his humans!). He was initially being fostered, with a view to Oldies Club finding him a perfectly matched forever home. He arrived like a whirlwind, doing his best to find an escape route out of the garden, constantly on the go, very anxious and worried by all the new things and routines he needed to get used to. 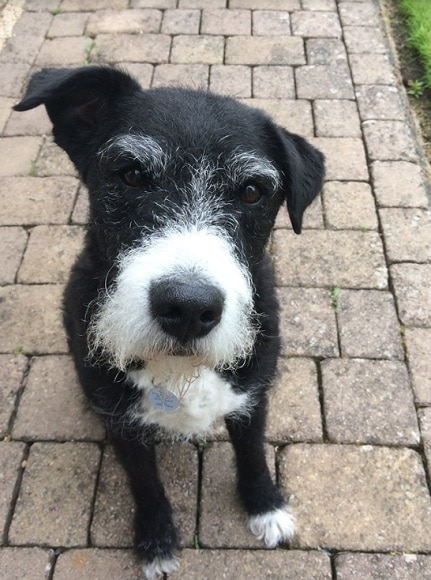 After he’d been here for a couple of weeks, he settled brilliantly and started to show his true happy and relaxed self. Patch is just about the perfect dog. He’s affectionate, loving and once he knows you’re his person, he’s completely loyal. As well as that he has a comical show-off streak which means he will do almost anything for a treat (the Lab in him making an appearance!). His one quirk? He “sings” very loudly and chatters to himself in the car – just sheer excitement we think.

A couple of months after he arrived in foster, it became clear that he had found his new forever home and we couldn’t let him go. 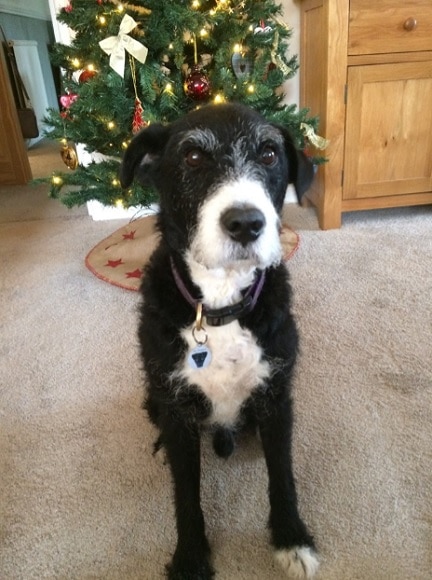 He loves his walks and his favourite thing (next to food and cuddling) is running around off lead, rushing through the undergrowth on the look out for squirrels, rabbits or the odd pigeon. No one ever believes he’s 11 years old, he has the energy level and enthusiasm of a much younger dog. His biggest achievement? almost perfect and instant recall – that’s something we never expected to see!

Patch has made our lives complete again after losing 3 oldies in the space of 10 months. He’s a special boy, very much loved and we feel so lucky to be able to give him his forever retirement home.” 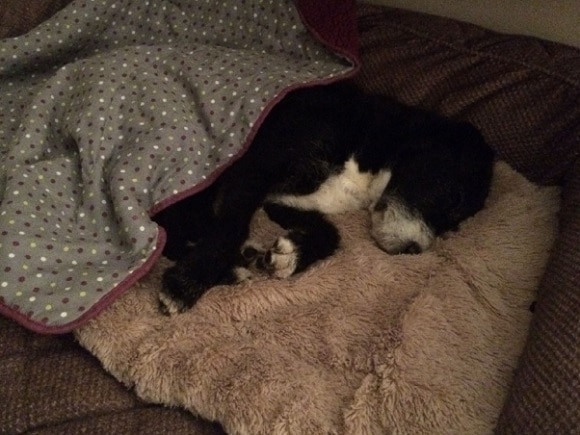 What a heartwarming update on Patch! We are delighted to see him looking so settled and content in his new home.