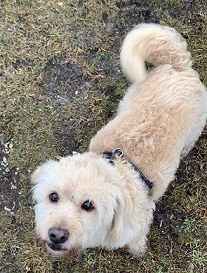 Minky is a 13 year old Bichon Frise X JRT who arrived in Oldies Club care with her Dad Chilli in October 2020 due to their owners being evicted.

When they first arrived both dogs were very disorientated and cowered if their fosterers approached them but took comfort in having each other by cuddling up together.  They did however settle in quickly but sadly Chilli had a lot of health problems, he suffered a couple of strokes and had to be put to sleep a few weeks after he arrived. 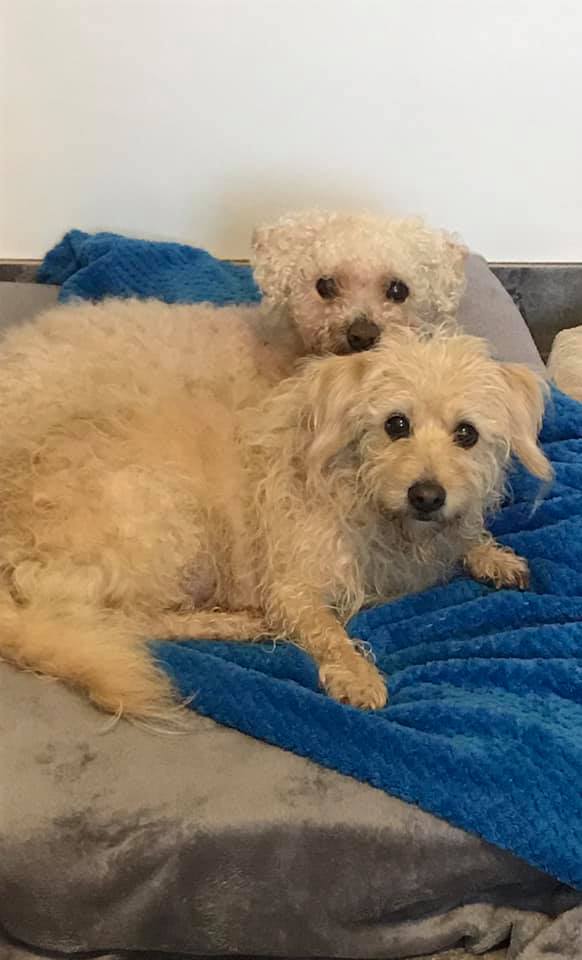 Minky has epilepsy which is managed with daily medication. She also has noticeably large mammary tumours.  After discussions with the vets it was decided it would be best for these to be removed. In November she had her first mammary strip.  It was a long invasive operation with the added risk with her being epileptic, but after 3 weeks of wearing a baby grow and buster collar (much to her disgust) she made a full recovery. 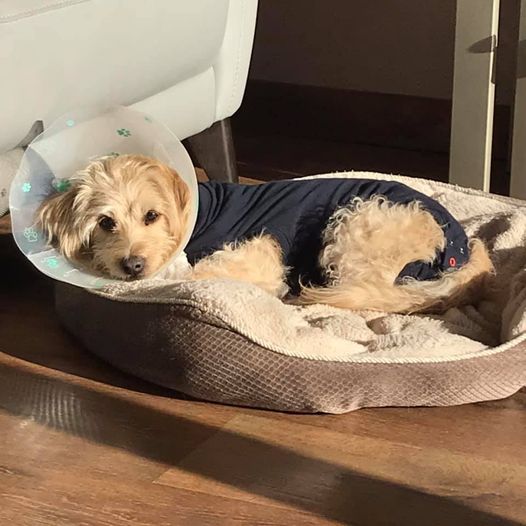 Minky was due to have her second mammary strip in January but they believed that the initial tumours which had been removed were growing back. It was decided that it would be of no benefit to Minky to put her through the second strip.  Whilst at the vets though she underwent a much needed dental and removed seven rotten teeth. She is clearly much more comfortable eating now and has started to gain weight. A follow-up visit though revealed that she was just taking a long time to heal and the lumps were in fact scar tissue and not tumour regrowth. Minky eventually had her second mammary strip in February

Due to her cancer risk and unknown time left, Oldies Club made the decision to place Minky in our sponsor dog scheme, which means she will remain at her lovely foster home on a permanent basis, with the charity paying her vet bills for the rest of her life. 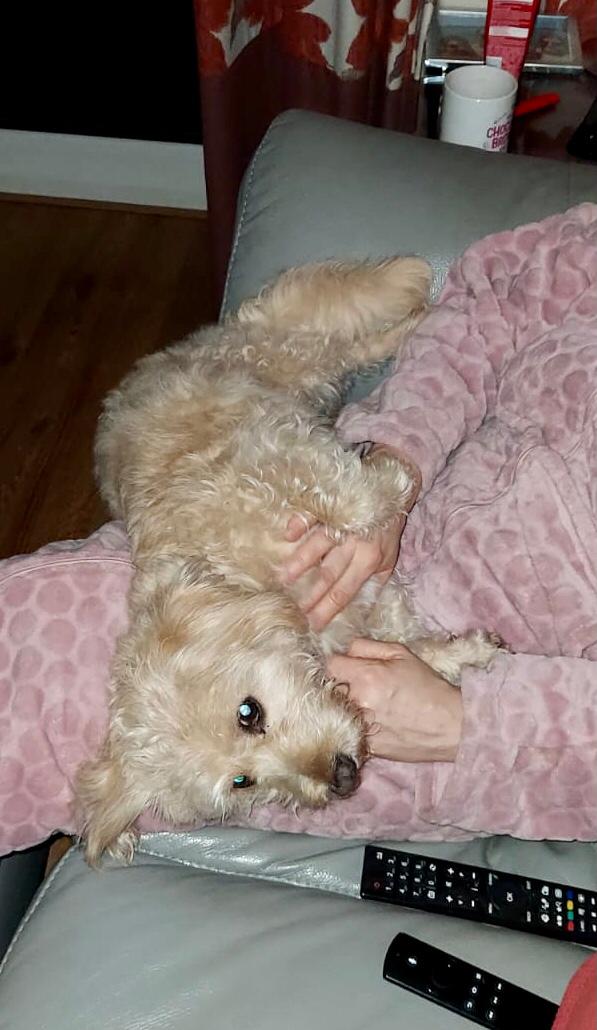 Minky has settled in really well.  She is very friendly and is extremely attached to her one fosterer in particular, so fortunately didn’t appear to be too affected by the loss of Chilli.  Her fosterer only has to move a muscle and she is up and ready to join her with whatever she is going to do.  She is never out of sight.

She loves her foster brother Brendan and has many a time tried to cuddle up to him (he’s not very cuddly) often choosing to lie on the edge of his bed to be close to him rather than opting for any of the other 4 beds to choose from. 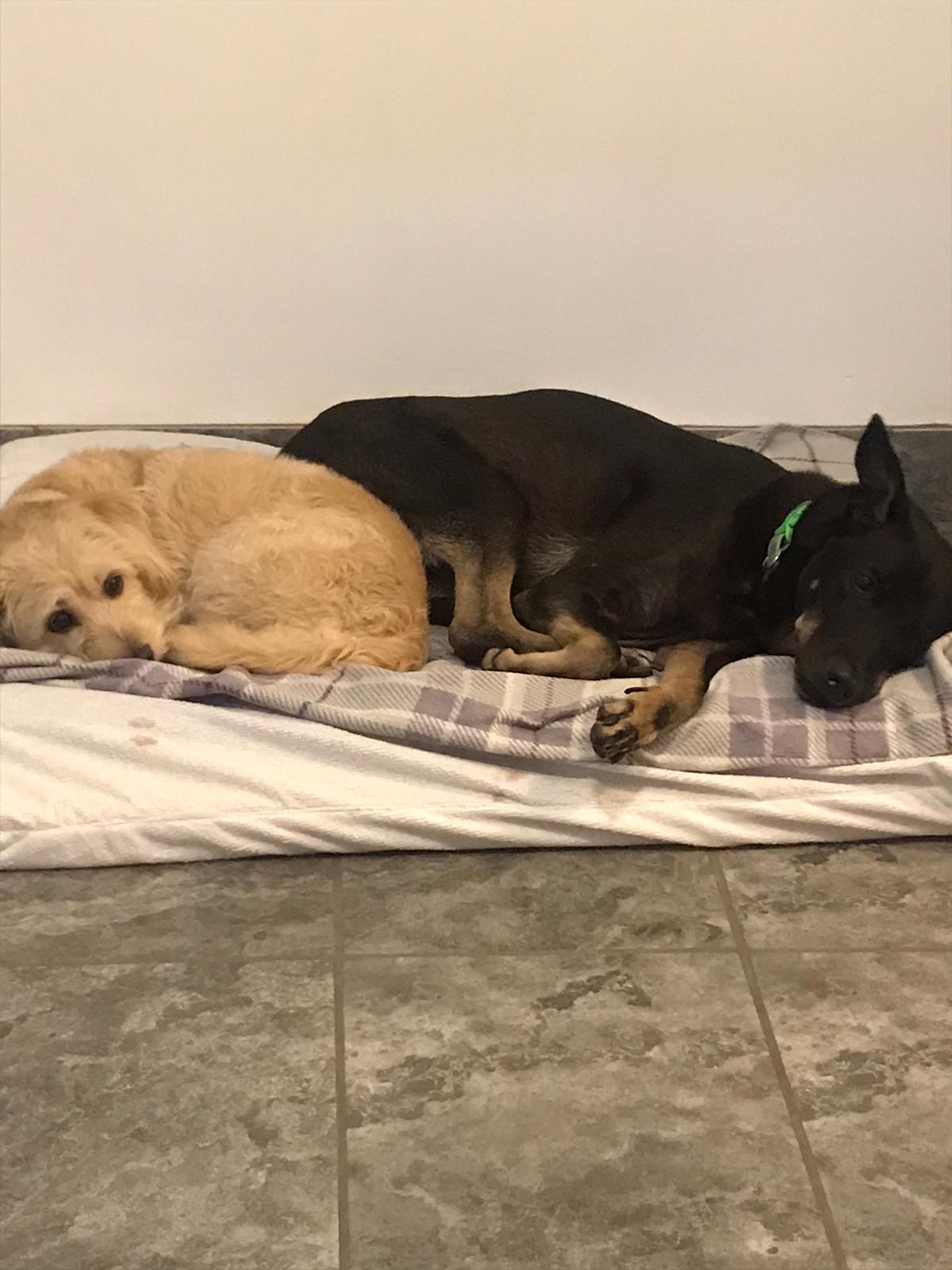 Minky absolutely loves going out for walks.  Unfortunately a  lot of the time she has to stay on the lead as she can be reactive when dogs approach her.  Her fosterers are working with this and there has been an improvement in her behaviour.  They are so fortunate that they live near the New Forest so they are able to walk in places where they don’t see many dogs where they can let her run free and she has a wonderful time.  Her recall is good and she just doesn’t stop running.  She’s not a water baby so when they approach deep puddles she asks to be carried through them.  She has her fosterers well trained! 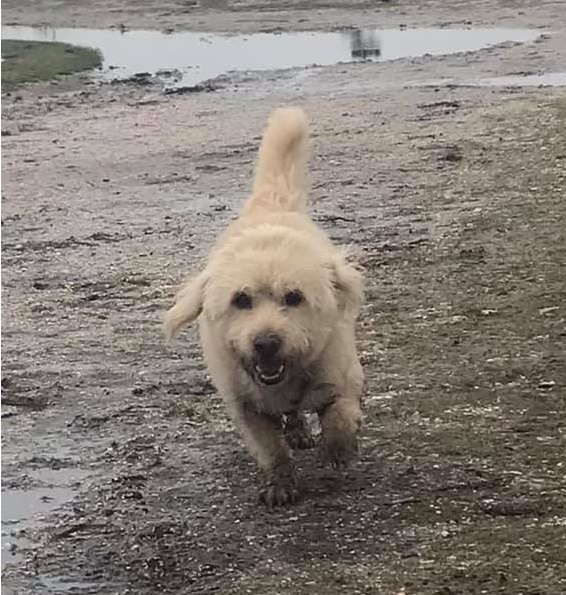 Minky loves nothing more than a cuddle and being with her humans.  They have never seen a dog get so excited about taking tablets!  She loves tablet time because she loves pate! Another favourite pastime is having a good old roll and scratch on the carpet – she makes a right meal of it and sneezes constantly whilst doing it. All in all she’s an adorable little girl with a big personality.

If you would love to offer a home to an oldie but your circumstances aren’t suitable, perhaps you would be kind enough to sponsor Minky, or one of the other special oldies we are caring for in our sponsor dog scheme.