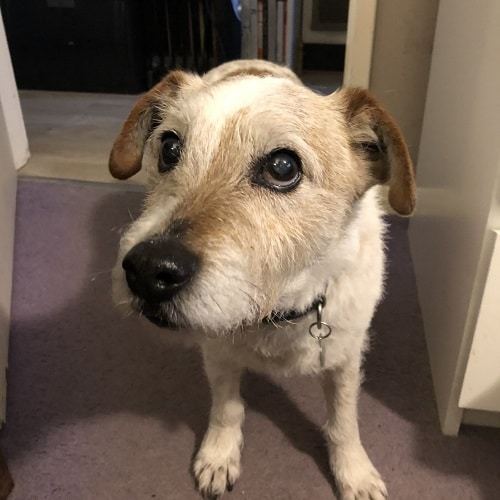 We’ve heard from Jack’s new family and it’s all good, and very entertaining, news. We particularly enjoyed reading about Jack’s games, the rules of which only Jack understands…

“Jack Dogly came to us as a foster dog, and we couldn’t bring ourselves to let him go. That’s our second failed foster, and I think you’ll agree that there’s a pattern emerging.

He filled a gap after the sudden deaths of our two very elderly Jack Russells, and once he got his paws under the table there was no letting him go.

At 12-years-old, he’s a small dog with a big character who knows exactly what he loves, and what he doesn’t like in the slightest. 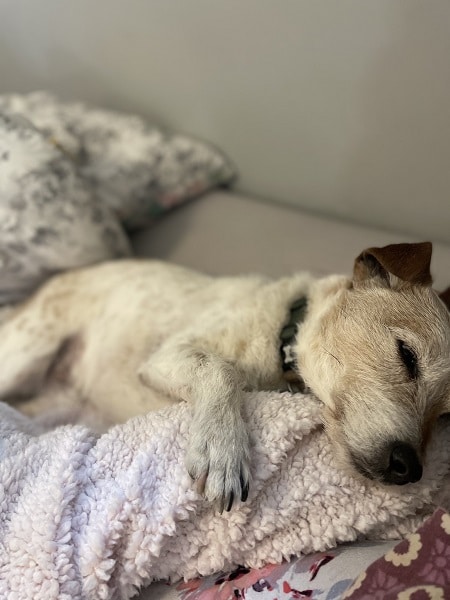 Among his loves are “pokey paw”, the climbing onto the seat or bed next to you and poking you repeatedly until you give him attention.

Then there’s a game which we call “Ooh there’s that thing!”, which essentially revolves around a squeaky toy and a set of rules which only he understands. We do not know the rules of Ooh There’s That Thing, but we have to humour him otherwise it dissolves into a round of very vigorous pokey paw. 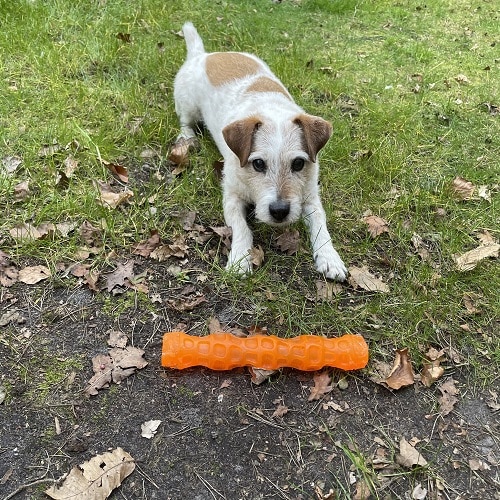 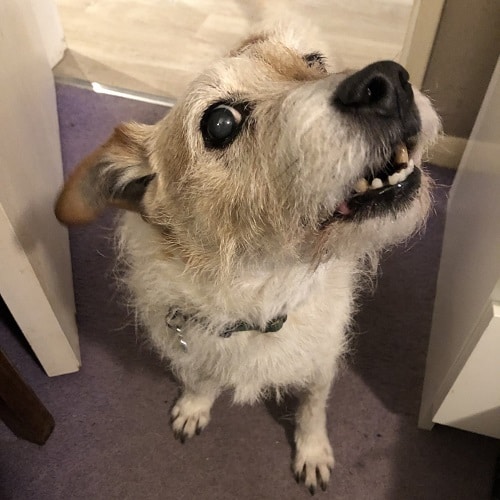 Of course, we knew the exact moment that he inveigled his way into our household on a full-time basis – when we started making up nicknames for him. Jack became Jack Dogly (which we insist is his official name now), and through the rule of rhyming, Frogly, Frog, and – somehow – the nonsensical Spog and sometimes Log. I maintain we are perfectly normal people.

He demands three walks a day, the highlight being the late-night excursion to the end of the road and back to wake the neighbours by barking at the foxes, badgers and on one occasion – an owl.

His moment of fame came when he was chosen as CNN’s Dog of the Day on account of the endless support and advice he offers me (a journalist) in my job. 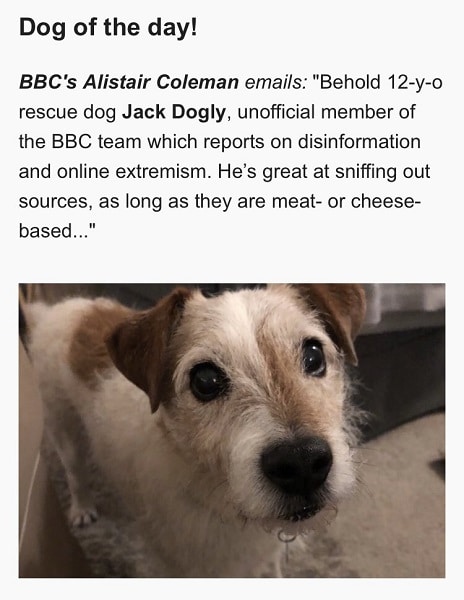 Jack Dogly is the best thing to happen to us since the last dogs, and we don’t even mind the mind-boggling vets bills to settle down his numerous allergies because he’s part of the Dogly family.

Absolutely brilliant! We’ve loved reading about Jack and are so happy that he found such “perfectly normal people” to live with.