We’ve heard news of adorable little Minty who was adopted by his foster carers. They told us:

We took Minty on as a foster dog but it wasn’t long before he captured our hearts and we adopted him. Minty enjoys his walks, especially in the local woodland in the hot weather where it is lovely and shady, he now also has his own chariot so if we go on longer treks he can come with us. 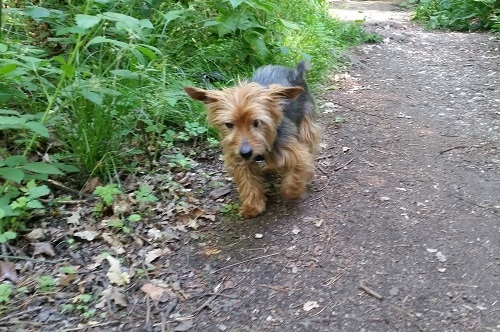 Minty loves going out in the car and he has his own car seat where he is high enough to see out of the window. 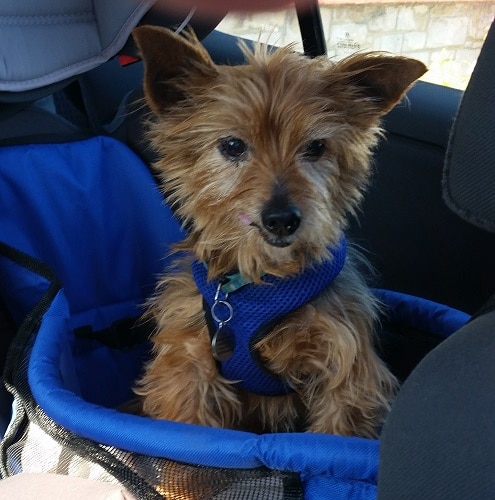 He loves when my grandson comes to visit and follows him around the house hoovering up any dropped biscuit crumbs. Between walks he loves to curl up close to one of us or lie on the back of the chair and look out of the window, he also enjoys pottering in the garden. 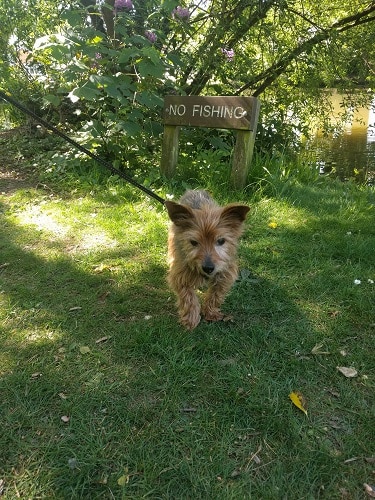 It has been lovely watching Minty settle and become a part of the family. We all love him very much.

Isn’t that a wonderful update? We are so pleased to see little Minty living his best life!