We have been sent this heartfelt and comprehensive update on Bracken and Tia from their devoted adopter. Unfortunately we very sadly have to add that Bracken has since passed away. Rest in peace beautiful boy.

What a joy Bracken and Tia have been. I had been made aware of the dogs in 2018 as the much loved dogs of a family friend; the dogs were used to only having one human. In 2019 I was told that their owner had pancreatic cancer so I knew that the dogs would need to be rehomed in the coming months. The dogs had been together for seven and a half years so I hoped that they would be rehomed as a pair; age was also against them with Bracken being 12 years old and Tia 10.

I was not in a position to have them and I hoped that, as they were so loved, a friend or family member would take them on. They had been so important in their owner’s life and I worried that they might have broken hearts and would feel very insecure in a new home. My circumstances changed and I agonised over whether to offer them a home; I was concerned for their welfare and happiness but I was also reluctant to lose my freedom as I was enjoying my absence of responsibilities. I was still undecided when I learnt that they had gone to the Oldies Club.

I was disappointed that they hadn’t been taken on by the family and felt some strange desire to look after them. The Oldies Club were very strong on their procedures so I couldn’t apply for the dogs until the foster home had written their report a couple of months later. I continued to question whether or not I should take them on up to the time that I drove them away from their foster home on January 2nd 2020.

Tia was very timid and has elbow displasia so has her own special gait and rarely gets out of a walk unless she has smelt some yummy horse poo to head for. Bracken is bumptious and rushes about as much as a 13 year old can! I thought that they had settled in almost immediately but in hindsight I realise that Bracken was still insecure. 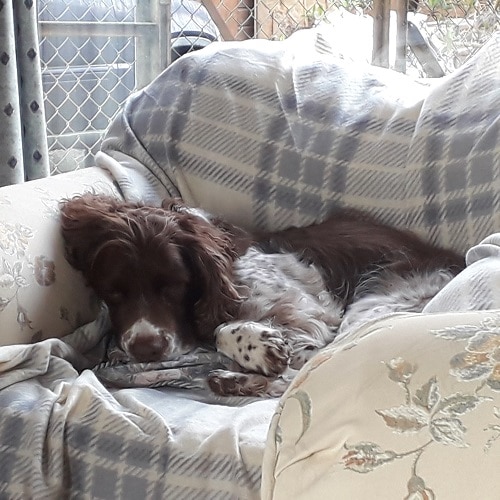 Tia used the strategy of being very good and quiet in the hope that I wouldn’t really notice her and therefore not hurt her. Bracken on the other hand seemed to want to make his presence known. He was not good off the lead, despite me believing otherwise, as he would run up to other dogs and bark at them which some dogs and owners were very upset by. Being deaf Bracken didn’t seem to realise how much noise he was making, neither could I call him back!!! I allowed myself to become stressed in anticipation of his behaviour which probably just created more anxiety in Bracken. The timing of having them prior to Covid was very fortuitous. By the time that lockdown started, they were settled and secure. They also gave me justification for driving to the countryside to walk them which was very good for my soul and they had many happy hours of snuffling about. Covid helped Bracken off lead as other dog walkers avoided us as much as we avoided them and Bracken rarely was up close and personal with any dog other than Tia. My stress levels reduced along with Bracken’s anxiety. Over time, Bracken became confident on walks and now approaches dogs in a much friendlier manner. I can now have a conversation with a dog walker which doesn’t start with an apology. 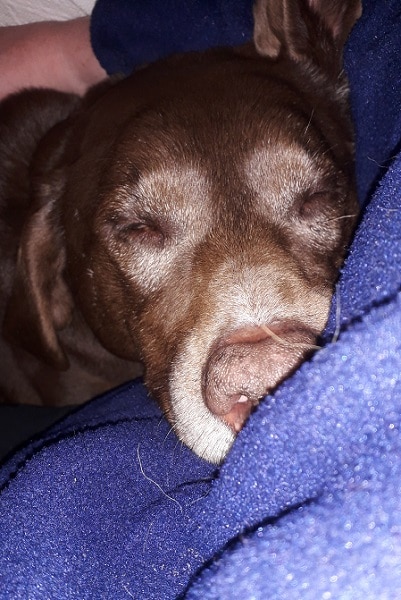 Tia is a different dog; she is still cautious of men but will apporach people and dogs confidently and is a very easy dog to deal with even if she can be a bit barky. Bracken brings joy to many, he swaggers up to people and they seem to automatically smile. He enjoyed lolloping through the many puddles that he found during the wet winter of 2020 while Tia followed behind me as we picked our way through the dry bits.

I had thought that they would only need me to feed and walk them and that otherwise they would be self sufficient in their friendship. I was wrong. They both want lots of spoil from me, neither wanting to be left out if there is any fuss going. There are the inevitable vets bills and caring activities that are likely to come with an elderly dog but the companionship and love that you get from them is priceless. They have enriched my life and brought joy to many. I am very priviliged to have been their guardian since January 2020. 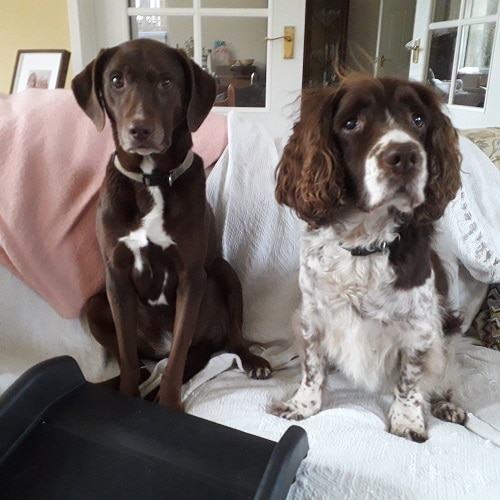 Thank you very much for sending this update. We are so sad that Bracken didn’t have longer to enjoy his new life.