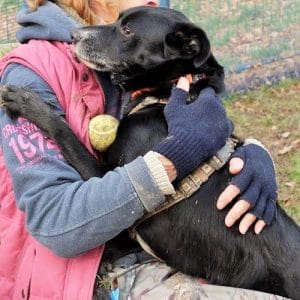 Maze is a 9 year old Collie cross in the care of Rescue Remedies at their boarding kennels near Gatwick, on the Surrey/West Sussex border. He behaves like a typical Collie in that enjoys chasing a ball and is always busy. He loves people, greeting everyone who seems friendly with affection. He’s a very cuddly boy! 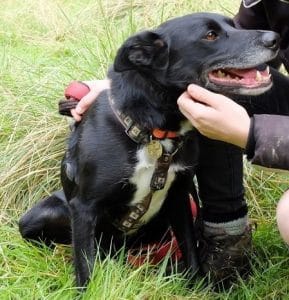 Maze struggles with encounters with other dogs and can be wary of them. His dog reactivity can be managed easily enough by someone experienced, as he’s responsive to his human and just wants to get on with his important job of tennis ball wrangling! 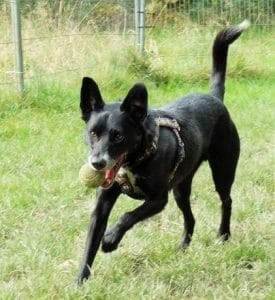 A volunteer dog walker said, “Maze was nervous with Shanae and I initially, but when we gave him some fuss and attention he was super friendly and leaned in for cuddles. During the time we spent with him, Maze observed several other dogs from a distance and he was focused on watching them but we did not get close and he showed no worries with plenty of space. We did not encounter any dogs closer up so we did not see what reaction this might trigger. He is very alert and busy on the lead but when we took him to the paddock and produced a tennis ball, in typical collie fashion, his nerves were forgotten and he came alive.

“Maze is very entertaining with a tennis ball. He will run and fetch it but he often likes to throw it in the air on his return and make his own game. 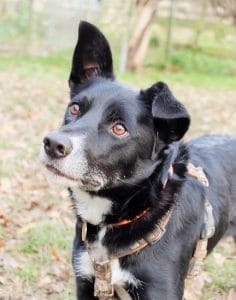 “Being a Collie, he is super smart and clever, but he is also very friendly and cuddly. He is wary of other dogs but this is manageable and in all other respects he is a delight.” 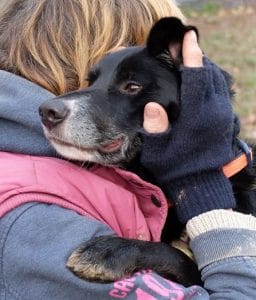 …and then filling their homing questionnaire here.

Please say you saw Maze on the Oldies Club website. 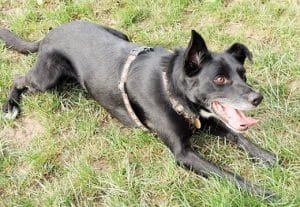