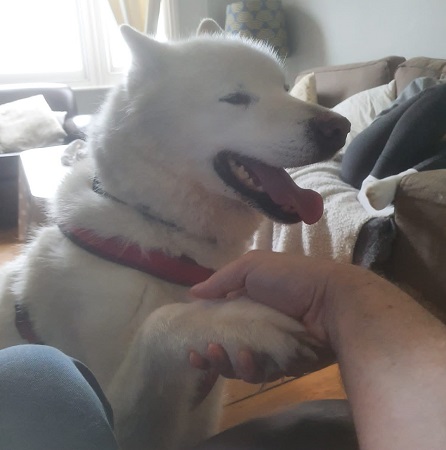 Aptly named, Phoenix came into the care of South East Dog Rescue as an unclaimed stray and has risen to being called a “super star” by his foster family in Rochester, Kent. He is approximately 8 – 10 years old and is a very cuddy Husky Cross.

Phoenix is an extremely friendly and happy boy who will want to say hello to every human he meets. As a Husky Cross, he’s quite partial to some husky singing and wooing – especially when people tell him how handsome he is. He is currently in a foster home with older children, but, as nothing is known about his history, he will definitely need a home as an only dog and without cats or small furries. 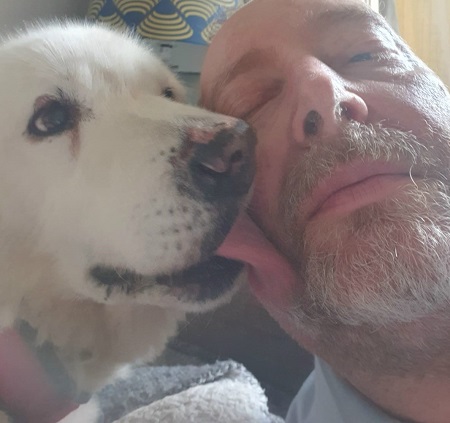 When Phoenix arrived, he had a lump on the underneath of his eye lid which has now been removed and is no longer an issue. He also had some skin changes on his nose which were biopsied at the time of the lump removal. These showed a type of lupus which has now been treated successfully with antibiotics and a low dose of steroids. His new family will need to stay observant for any new skin changes, and understand that this won’t be covered by insurance. Phoenix is also on anti-inflammatory and pain relief for his back legs, as he is a little stiff when he gets up in the mornings until he gets going. 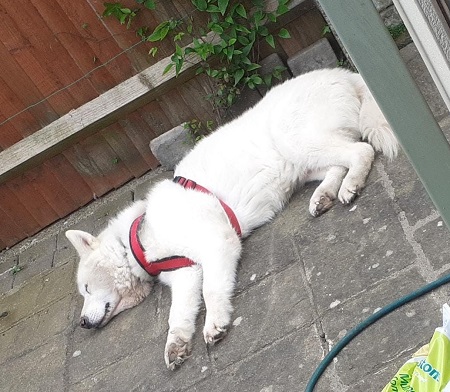 This is what his foster family has to say about him:
“Phoenix is a super star and completely house trained with no accidents, not even on day one. He is very chilled and loves nothing more than relaxing in the garden or on the sofa. He is very independent and will take himself to bed when he is ready, with no fuss. Phoenix has not shown an interest in going upstairs at all. He is such a chilled boy and can be left with no problems whatsoever. 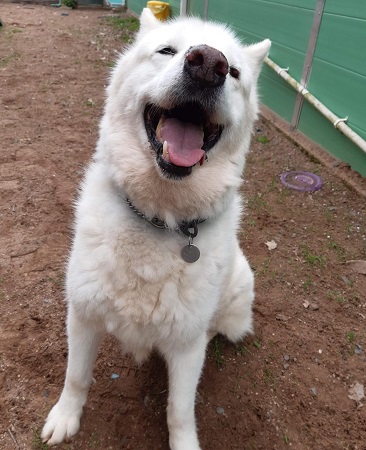 Phoenix gets a lot of admiring glances due to his beautiful coat. He does shed a lot and needs very regular grooming. However, he loves to be brushed so a mini-spa day in front of the TV is enjoyed by all. In the hot weather, he loves to chill in the garden till late, so a secure garden where the door to the garden can be left open for him to come and go is best. 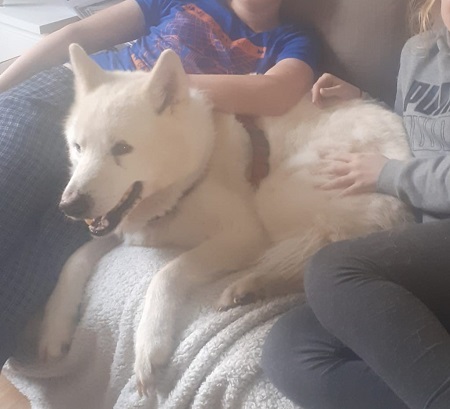 Phoenix is very good on the lead. He does not pull at all, stops for traffic and does not react to cars or people. He does however show an interest in smaller breeds, males especially so and will ‘ woof’ (more of a husky howl than a bark) and pull to go and sniff them. He happily goes for long walks and more frequent, shorter walks. If he thinks you’re are running late for walkies, he will howl at you and bring his lead, just to be clear! 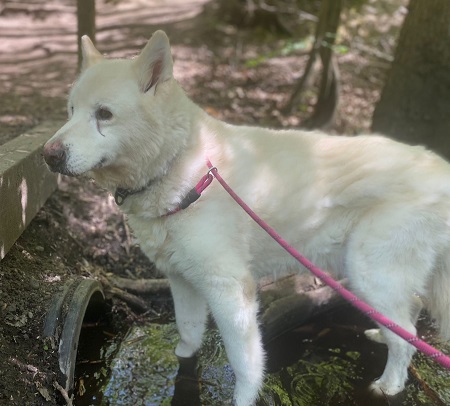 If you think you have the perfect home for adorable Phoenix, please contact South East Dog Rescue as follows:

Please mention that you saw Phoenix on the Oldies Club website.