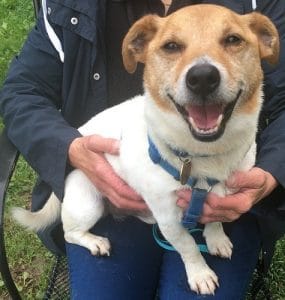 Delightful little Eddie is a Jack Russell Terrier of 9 years in the care of Rescue Remedies at their boarding kennels near Gatwick in West Sussex. 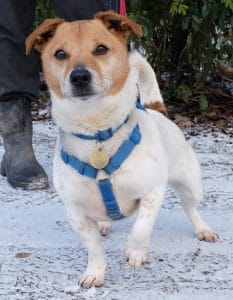 He’s full affection for those he trusts. He often goes for walks with other dogs at the kennels and is more confident stepping out with canine company. He likes playing with his friends as well as taking a leisurely stroll to sample all the smells.

He’s sometimes nervous of big or bouncy dogs and will tell them not to approach. If he’s in a relaxed mood though, he’ll just ignore unknown dogs as long as they ignore him. He seeks reassurance from his human and needs an experienced, calm owner to help him if he’s worried. He’s so lovable that volunteer dog walkers actually like his occasional barks, which have been described as “deep and melodious”. 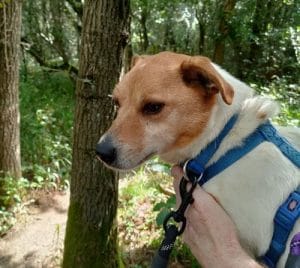 On the whole, he’s a steady dog who ignores traffic, cyclists etc. He’s not too energetic and if he thinks he’s walked far enough, he’ll insist on going home. He likes longer walks when the weather’s nice but is not keen on rain. He might need carrying when there’s unavoidable puddles or lots of mud, bless him! 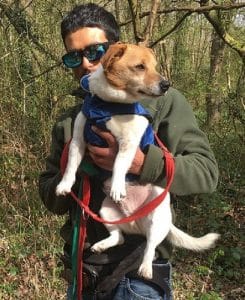 One volunteer said, “Honestly, does there a exist a more even-tempered, affectionate little dog? Mind you, he does need to get to know you – like most dogs – before he showers his affection and lovely greetings on you. Today was a special day for Eddie as we walked with Becca and big Henry. Henry was a bit reluctant to walk off site at first but Eddie showed him how to be brave and how to have a great time in the woods. Henry had a very enjoyable splash in the water but Eddie didn’t indulge – he is not too keen on water and mud – a very refined little dog he is!” 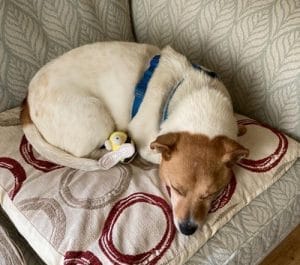 Another said, “On one of the walks he met the local ducks and their ducklings and, although I fed them and they kept getting nearer to us, Eddie showed not the slightest bit of interest in them.”

Eddie spent a week in foster to see how he is in the home. He was well behaved, clean, OK to be left for short periods, attentive but not too clingy and just generally adorable. He does love company and require lots of fuss. He absolute favourite thing is a lap, closely followed by his toys!

Companionship is what Eddie is all about. He will lavish his love on his future owner. He is a bit of a worrier at times and takes a while to get used to new people and situations. He will take time to settle in to his new home and must be given the space to do so at his own pace. He’ll soon be demanding lap cuddles!

…then read their rehoming process here…

…and then filling their homing questionnaire here.

Please say you saw Eddie on the Oldies Club website. 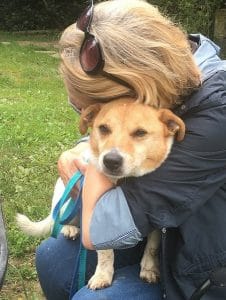 Tags: Calmer and Quieter, Good with other dogs, Small and Cute, South East, Terrier
Rehomed This dog has found a new home and is no longer looking.
Log in