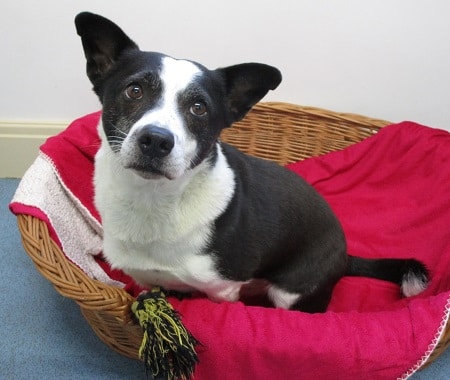 This cute, little chap is called Rocky and he is a black and white, short-coated Jack Russell type dog. He was rescued via a Facebook group some years ago so his exact age is not known but he is thought to be around 7 years old. Rocky shared a very quiet home with an elderly female dog until his owner sadly passed away. With no one able to care for him, Rocky came into Chilterns Dog Rescue Society near Tring, Hertfordshire, where his world has now opened up.

Rocky is a typical cheeky terrier who likes to be part of everything that is going on. Lively, affectionate and a bit stubborn, Rocky loves playing with his toys and having a brush. He was used to having someone around constantly, but he is now getting used to spending short periods of time alone. He would prefer to have someone around for much of the day but is now crate trained and happy to have a comfy den to retire to if he has to be left alone. 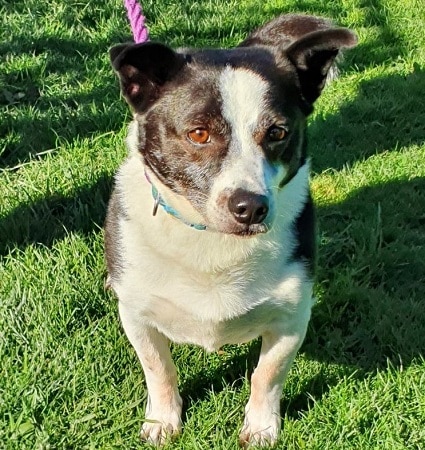 Initially, Rocky was quite reticent about going out for walks and meeting new people and other dogs. Now he loves daily walks in the woods with staff and volunteers for up to an hour. He can still be anxious if large, off-lead dogs rush up to him, but he is happy and relaxed when going out with dogs he knows, big and small, and is much more confident in unfamiliar situations. Rocky is good on the lead and is developing good recall skills in enclosed areas. It would not be a good idea for him to be off-lead in open areas as, in typical terrier fashion, he is likely to be very distracted by scents, smells and squirrels.

Rocky is not keen on loud noises and having his claws clipped. He had not done any travelling but has been fairly relaxed when driven to veterinary appointments. As Rocky gets fitter and more active, he is becoming much less a companion dog and more of a friend and walking companion for someone hoping to find a small dog to join their home.

Rocky has not lived with a cat and has no experience of young children. He would probably be best suited as the only dog in an adult-only home but, having lived with another dog previously, a home with a compatible female dog would also be possible. A secure garden would also be important. 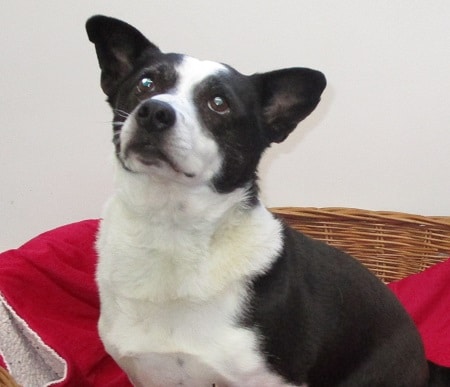 Rocky has completed his vet checks and is neutered. He arrived a bit overweight but now weighs in at a much trimmer 13Kg. There were signs of mild arthritis in one hip on entry but this is almost undetectable as he has become slimmer and fitter. It has been wonderful to see Rocky blossom during his stay at the Rescue Centre and the staff are excited to see how the next half of his life develops as new opportunities are presented.
_ _ _ _ _ _ _ _ _ _

If you would like to offer Rocky a lovely home, please contact Chilterns Dog Rescue Society as follows:

Please mention that you saw Rocky on the Oldies Club website.

Tags: Active Oldie, Good with other dogs, Marvellous Mongrels, Needs someone around most of the time, Small and Cute, South East, Terrier
Rehomed This dog has found a new home and is no longer looking.
Log in